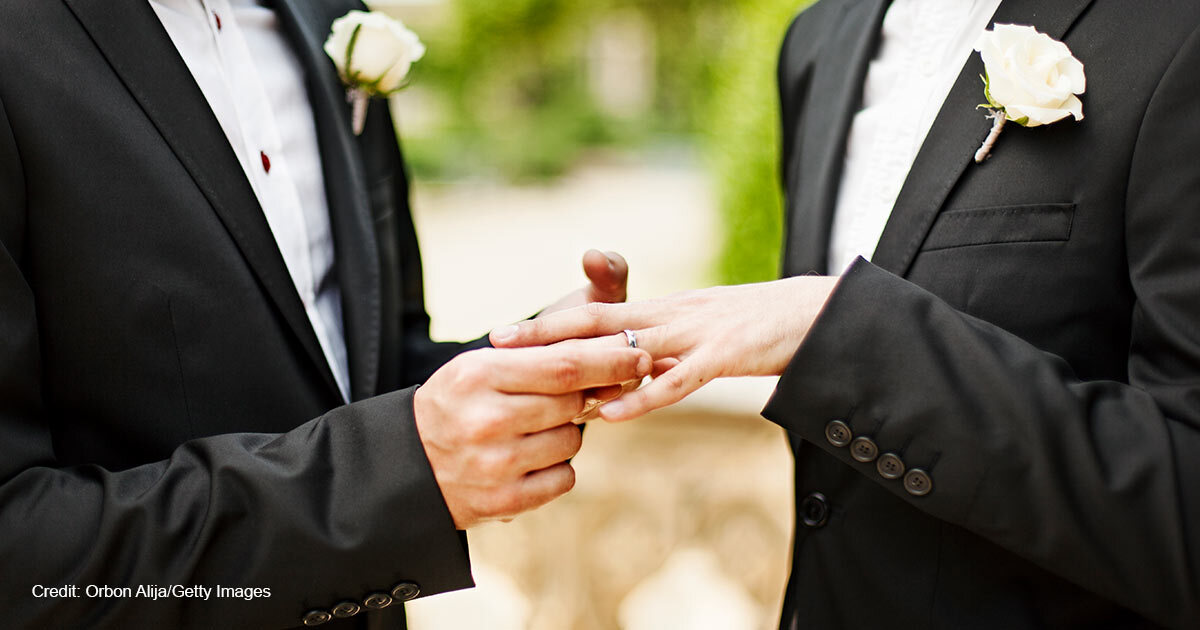 Media Bias Aside, Americans Do Not Support the Reality of Same-Sex Marriage. Here’s Proof.

America has increasingly defined itself as a land that lives by fictions. One of the most pervasive lies insists that Americans support same-sex marriage by ever-increasing margins. But occasionally, one of the media’s myths runs into a contradictory reality that people know is true in their bones. The belief that married people should not have sex with anyone except their spouse comes as close to a universally accepted truth as this country can muster. That sets public support for same-sex marriage on a collision course with itself.

In a world of changing morés, public revulsion of cheating has remained a constant for decades. In 2001, 89% of Americans found “married men or women having an affair” morally unacceptable; this summer, the same percentage felt that way. The belief cuts across all political classes: 96% of conservatives and 86% of liberals abhor adultery. A Newsweek poll found 88% of married people say they would never have an extramarital fling, even if they “knew for certain that it would never come to light.” Adultery remains so morally repugnant that more than two-thirds of Americans say they would never forgive a spouse who cheated on them.

These polls mean, in effect, that nine out of 10 Americans oppose same-sex marriage, which has no expectation — much less realization — of remaining sexually faithful to one partner “til death do us part.” At least, so say LGBT activists and numerous studies of the LGBT community.

Lanz Lowen, a professor who has an open marriage with another man, interviewed hundreds of male same-sex couples while conducting multiple research projects. His report, “The Couples Study,” found half of all committed male same-sex relationships are non-monogamous from the start. The study confirmed research from other outlets, such as San Francisco State University, which found half of MSS relationships were not monogamous, and Hunter College, which discovered that 42% of MSM (men who have sex with men) relationships allow outside sex. A team of sociologists at the University of California at Santa Barbera, noted that those in a same-sex marriage differ from heterosexual couples “by adopting explicit non-monogamous sexual norms and practices.” By contrast, 20% of all married men and 13% of all married women ever had a single affair. One man in a same-sex marriage admitted, “There’s just not that same kind of pressure to be monogamous when you’re gay,” because “we don’t have heteronormative templates.”

MSM couples that are monogamous will not be so for long. Lowen found the average MSM couple in a “monogamous” relationship threw in the towel and began sleeping with other people within an average of 6.6 years; previous studies found all MSM relationships became non-monogamous within five years. Many MSM couples, in America and overseas, begin with an expectation of monogamy, then slide from having sex with other people together, to getting permission before having sex with someone else, and ultimately ending in an open relationship. Dutch researchers found men who identify as gay in “partnered” relationships have sex with an average of eight other people every year (as opposed to 22 people a year for single men who identify as gay).

To further complicate matters, Lowen noted that men in same-sex marriages often consider themselves “monogamous” even if they have sex with outsiders, individually or together, openly or in secret. Many men who identify as gay embrace “emotional monogamy”: They don’t consider it cheating if it’s purely sexual. LGBT activist Dan Savage described such relationships as “monogamish.”

Indeed, Lowen found a bewildering number of non-monogamous sexual practices and agreements, varying virtually from couple-to-couple (or throuple-to-throuple). Lowen’s non-monogamous marriage (and research) partner, Blake Spears, attributed “such a wide variety of approaches to nonmonogamy … to the amount of creativity in the gay community.”

Although LGBT activists insist publicly they have the “same love” as heterosexual married couples, privately they harbor no such illusions. “In legalizing gay marriage, we are accepting a form of sanctioned marriage that is not by habit monogamous and that is inventing all kinds of new models of how to accommodatelust,” confessed Hanna Rosin in Slate in 2013. That view of marriage starkly contradicts Jesus’s words in the Sermon on the Mount that “whoever looks at a woman to lust for her has already committed adultery with her in his heart” (Matthew 5:28).

Male same-sex marriages openly facilitate the metastasis of lust from conception to reality. “There is more likely to be greater understanding of the need for extramarital outlets between two men than between a man and a woman,” something facilitated by “the lack of children,” wrote Andrew Sullivan, who is widely regarded as right-of-center, in his book “Virtually Normal.” He added, “something of the gay’s relationship’s … flexibility … could undoubtedly help strengthen and inform many heterosexual bonds.”

How can so many Americans simultaneously oppose adultery and support same-sex marriages that so often amount to institutionalized adultery? The answer is simple: They don’t know. “When we started this study, we felt we didn’t know many people with open relationships,” said Lowen, a man who identifies as gay in an open relationship in San Francisco. “It’s just not talked about that much.” The reality would significantly undermine the public’s idea that such an arrangement constitutes “marriage.” In 2013, as judicial activists began striking down state constitutional marriage protection amendments, LGBT activist journalist Steven Thrasher admitted, “Gay-rights groups are often nervous about sociologists or reporters looking too closely at what really happens in the bedrooms of gay relationships.”

The LGBTQ movement had succeeded so dramatically, so quickly, because it has encountered virtually no opposition — even within putatively conservative media outlets. “Do a search of conservative media, and you’ll see the paucity of articles that are dealing with the ‘Respect for Marriage’ act,” Peter LaBarbera, the founder of Americans for Truth, told The Washington Stand. “Compare it to the vote on abortion that would institutionalize Roe. There’s a chasm of difference.”

H.R. 8404, the so-called “Respect for Marriage” Act, would allow individuals to sue anyone who questions the “full faith and credit” of any marriage, although nine out of 10 Americans reject adultery. They have no place for relationships premised on lifelong, furtive promiscuity under the guise of a marriage. Yet center-right media have made little mention of the threat to religious liberty, or its repugnance to Americans’ most cherished moral precept — a fact LaBarbera attributes to the growing employment of LGBT “conservatives” in the media. (He cited Ric Grennell and Dave Rubin as examples.) While insightful on matters of their expertise, their very presence makes their colleagues “less likely to criticize sexual immorality, because you know somebody who is gay.” As a result, center-right media have gradually replaced coverage of marriage with a focus on the transgender movement, especially the worst offenses of the transgender movement against children, as though it were new or separate rather than the fourth letter in the LGBT acronym. “We had drag bars all the way back to Stonewall. Gender confusion is part and parcel of the overall gay movement,” LaBarbera told TWS. “To say now it’s some kind of aberration is dishonest.”

“How long is it going to be until they sell us out on transgenders? Five years? Three years?” he asked.

By setting the parameters of debate on pivotal issues of marriage and family, LGBT pundits “implicitly or explicitly become the immoral conscience of the conservative movement.”

Thankfully, surveys show the light of conscience continues to burn brightly in most Americans. Nine out of 10 Americans reject adultery, because natural law reflects the Creator’s embedded wisdom in establishing human monogamy. God’s design joined one man and one woman in an exclusive, mutual, fruitful, and all-encompassing union (Genesis 2:24, Matthew 19:5, Mark 10:8, Ephesians 5:31). Even the heavenly realization of salvation, which will be enjoyed by untold myriads of believers from every nation and tribe, is presented as the union of a single bride and a Bridegroom (Revelation 5:11, 21:8-10).

As decades of polls show, virtually all Americans do not respect marriages built on a foundation of perpetual, mutual adultery. (Why not simply remain single?) Indeed, nine out of 10 Americans still find any single instance of adultery “morally wrong.” Legislation compelling the American people to “respect” such marriages simply seeks to shut down opposition to social engineers’ wholesale redefinition of marriage and force their version of the culture wars on the rest of the population.

The most underreported problem with same-sex marriages is not merely that they lack scriptural mandate and partners’ complementarity, but that the underlying behaviors and expectations pervading those unions oppose anything Americans recognize as a marriage.

… And that LGBTQ activists want to foist their morality upon the most sacred and foundational institution in human history, without a debate.