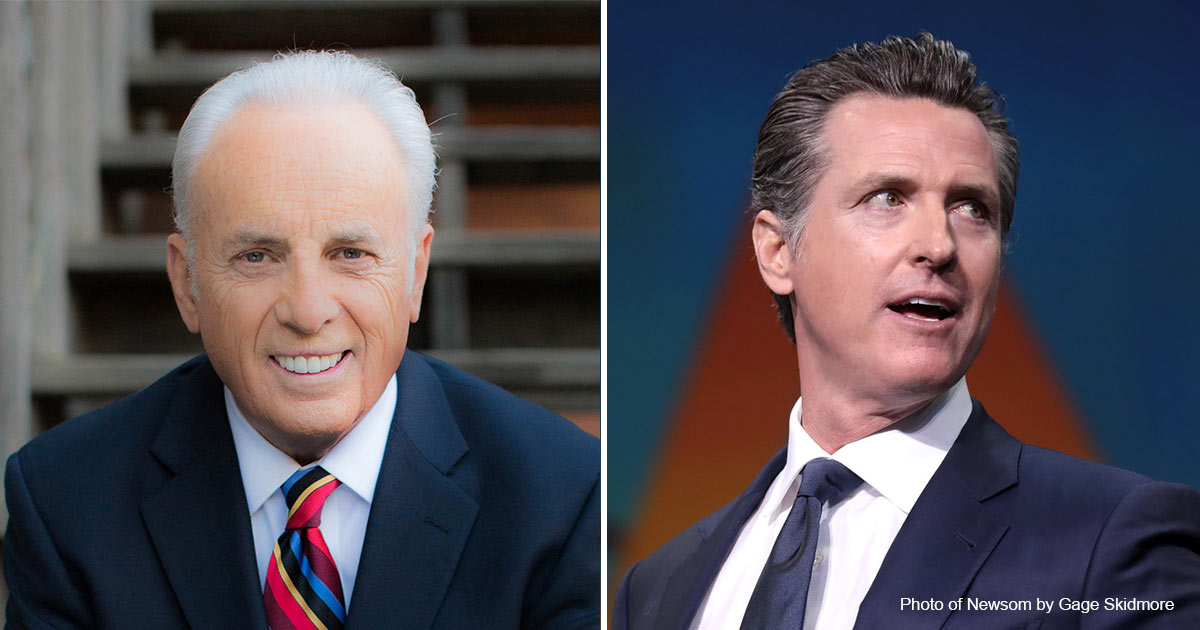 On Thursday, John MacArthur, pastor of Grace Community Church in California, penned an open letter to Democrat Gavin Newsom calling the California governor to repentance over a series of recent decisions. Describing what he called the “diabolical effects” of the governor’s worldview, MacArthur specifically mentioned Newsom’s policies on abortion, transgenderism, homelessness, and crime. However, MacArthur’s strongest words were reserved for the governor’s recent billboard campaign that used Scripture to promote California’s permissive abortion laws.

MacArthur’s letter comes amid a busy week for the governor of the nation’s most populous state. On Tuesday, Newsom signed 13 abortion-related bills into law. Of note, Assembly Bill 2223 prohibits investigations into a miscarriage, stillbirth, or abortion, even if a coroner sees evidence of foul play such as drugs in the baby’s system. Another bill, Assembly Bill 1242, prohibits California law enforcement from assisting or cooperating with other states’ abortion-related investigations. Yet another bill, Senate Bill 1142, requires the establishment of state-funded “abortion care services website” that connects women to abortion clinics and services. Finally, Senate Bill 1245, provides $20 million for the Los Angeles County Abortion Access Safe Haven Pilot program to fund “innovative approaches and collaborations to safeguard abortion access.”

From expanding abortion to curtailing parental rights, Newsom has made several decisions this week that reveal his values and worldview. Abortion and transgenderism are manifestly at odds with a biblical worldview. The Bible affirms the personhood of the unborn (Psalms 139:13-16; Luke 1:39-45) and teaches that sexuality is oriented toward marriage, the one-flesh union between one man and one woman. Yet, despite the Bible’s clear moral teaching on these topics — as well as the biblical admonition to rulers to govern justly (Romans 13:1-7) — California’s governor has pursued these anti-life, anti-family policies with zeal and energy.

As Pastor MacArthur notes in his letter, many of the governor’s policies reflect an “unholy, upside-down view of honor and morality.” But, according to MacArthur, one of the governor’s most egregious actions was his financing of pro-abortion billboards in other states that invoked Scripture. MacArthur noted this in his letter, writing, “You further compounded the wickedness of that murderous campaign with a reprehensible act of gross blasphemy, quoting the very words of Jesus from Mark 12:31 as if you could somehow twist His meaning and arrogate His name in favor of butchering unborn infants.”

Of course, MacArthur is right. Invoking God’s Word to promote the murder of His image bearers is the epitome of eisegesis. The Bible prohibits murder (Exodus 20:13) and teaches that every person is made in God’s image and possesses inherent worth and dignity. Twisting Scripture to say the opposite of what it says is wicked and sinful.

While more could be said about the incompatibility of many of Newsom’s policies with Scripture, it is instructive to see how MacArthur concludes his letter. Rather than harping on Newsom’s sin, he pleads with the governor to repent. “My concern, Governor Newsom, is that your own soul lies in grave, eternal peril,” MacArthur explains. “You will stand in the presence of the Holy God who created you, who is your Judge, and He will demand that you give an account for how you have flouted His authority in your governing, and how you have twisted His own Holy Word to rationalize it. As you look over the precipice of eternity, what will your answer be?”

In some respects, MacArthur’s summons is like Ambrose’s call to the Roman Emperor Theodosius to repent in A.D. 390. In that instance, Ambrose, who served as the emperor’s bishop, informed Theodosius that because of his sinful action in authorizing a massacre, the emperor could no longer participate in the corporate gathering or receive communion. Threatened with excommunication, Theodosius publicly repented and was restored to full fellowship.

While MacArthur does not exercise direct spiritual oversight over Newsom as Ambrose did with Theodosius, his call for repentance is an example of how the church can exercise its moral authority in relation to the state. When the state and its representatives exercise their authority in ways that unequivocally undermine the God-given purpose of their office (i.e., promote good and punish evildoers), the church ought to publicly call the state to account by showing them where they have erred and plead with them to change course. This public address reminds everyone that the state is ultimately under God’s authority and that even secular authorities are accountable to Him.

Irrespective of political affiliation or party loyalty, all Christians, whether living in California or elsewhere, should pray that Governor Newsom responds to Pastor MacArthur’s petition to forsake wickedness, respond to the gospel, and use his office to advance the cause of righteousness.

David Closson is Director of the Center for Biblical Worldview at Family Research Council.