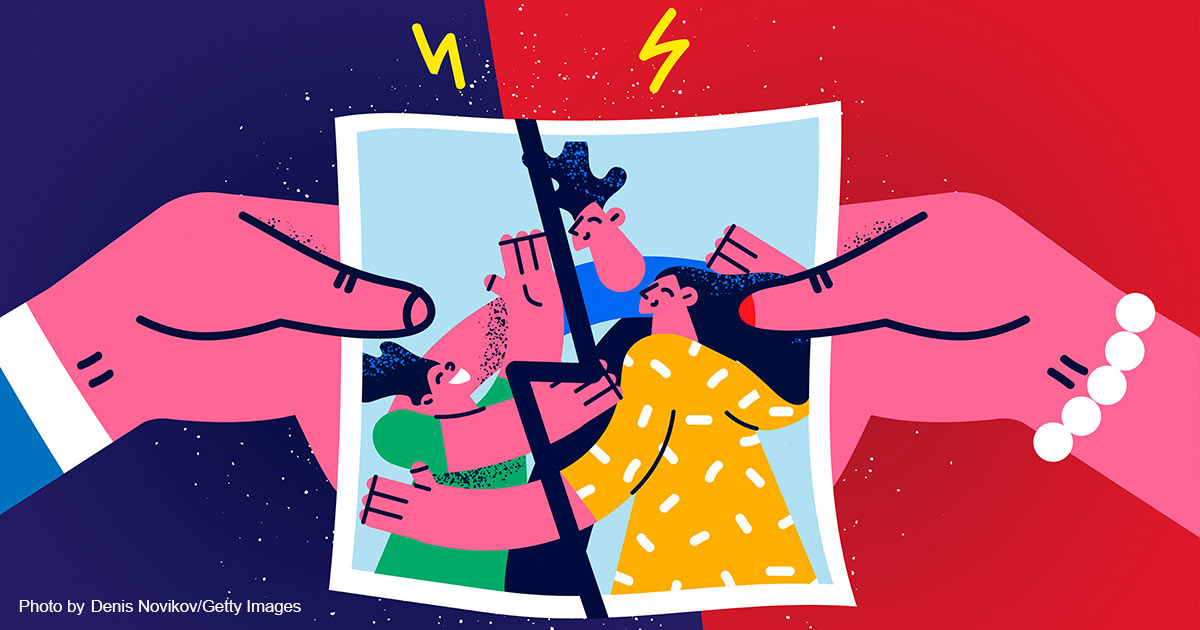 The transgender movement promises its adherents a new and fulfilling life, but a powerful new documentary shows that, for many, gender transitioning brings depression, strife, and separation within families — and in some cases, death.

“Dead Name,” directed by Taylor Reece for Broken Heart Films, tells the stories of three families shattered by the effects of extreme gender ideology. This movie eschews a narrator, commentary, or questions of any kind, affording these families a platform to share their heartbreaking experiences in their own words. The intimacy created as parents speak directly with the viewer heightens its emotional impact — and this movie packs a wallop.

The narrative weaves together the grip transgender ideology exerts on Jonas, Sean, and Alex — but it is equally the aching autobiography of their parents, Helen, Bill, and May. And as the last five minutes of the movie reveals, it opens a window onto transgenderism’s traumatization of countless American families from all walks of life.

One of the most impactful stories features Jonas, who fell into the grasp of extreme gender ideology at the age of four. His mother, Helen, learned that her son would transition to the female identity of “Rosa” after receiving a letter from his preschool. Her former lesbian partner had introduced Jonas to transgender ideology, including videos about hormone therapy and the surgical removal of his genitals.

“They can do a surgery where they turn your penis inside out and there’s a vagina inside,” the child explains during a home movie Helen took.

Helen believes Jonas took on a female identity to please her former partner. He presented himself as a female in that person’s presence, but as a boy elsewhere. “I was very concerned about his mental health. He became two different children,” Helen explains.

Yet at every stage of social interaction, society told her to accept and affirm her four-year-old son’s self-identity. The preschool never said, “‘We need to talk about this,’” she said. “It was always edicts by email.” Therapists similarly told her to “accept this and celebrate it.”

“Celebrate what?” asked an outraged Helen. “Celebrate that my child’s going to be put on hormones, and his penis will never grow, and he’ll never have a normal sex life, and he’ll be on drugs the rest of his life?”

The process made Helen feel she had been erased from her child’s life. “I’m invisible,” she says. “This is my child, but I’m completely helpless,” even struggling to find an attorney for her custody battle.

“We had to prove that the therapists are wrong, the ideology is wrong, the culture is wrong. I’ve got to fight everybody,” she says, adding that her son remains “a tortured child.”

Equally moving is the story of Sean Mahoney, who began his transition at the age of 18. His early life was filled with tragedy: He lost a leg to cancer, had a bone marrow transplant due to leukemia, and lost his mother and an older brother — all before being diagnosed with stage four colon cancer.

Although Sean’s father, Bill, says the boy had no signs of gender dysphoria, he began to transition after he met girls who promoted extreme gender ideology during his freshman year at the Rochester Institute of Technology. A therapist told Bill, “He’s definitely transgender. You are an unsupportive, abusive father not to identify that.” His late wife’s sisters froze Bill out of their lives for not affirming Sean’s new identity, and Sean “refused to have anything to do with me in the last year-and-a-half. I’m trying to keep [him] alive, and they’re trying to kill him.”

Although Bill says an endocrinologist told the family that taking cross-sex hormones would kill Sean, he began to see unexplainable physical changes shortly before his son died at age 22. “This is about protecting parents. I don’t want another parent to ever have to go through what I’ve gone through,” an anguished Bill says over his son’s grave.

In a third moving account, Alex announced to her mother that she would become a boy named “Wes” at 15, shortly after breaking up with her boyfriend. “She would end up verbally abusing me. ‘If I kill myself, it’s all [your] fault.’ I can’t begin to tell you the names she called me,” says her mother, May. “I didn’t know it was all so scripted,” May adds. “This was not organic. This just came from somewhere and swept her away.”

Her teenage daughter had no trouble getting cross-sex hormones without her parents’ knowledge or consent. A Planned Parenthood employee prescribed hormones after one telehealth visit, with no psychological evaluation, May reveals.

Despite gender ideology’s promises of a brighter future, Alex has “gotten more withdrawn” after beginning her transition process. “I don’t know what the future holds for her.”

If transgender ideology continues to spread, the future holds similar heartbreak and estrangement for all of society. During the movie’s credits, the narrative broadens to numerous additional parents — some of whom appear anonymously — who briefly share their stories of estrangement, suspicion, ostracization, castigation, and contempt from social institutions, self-appointed “experts,” and their most intimate family members, who tell them gender ideology adherents know their children better than their parents.

“How are we getting so far away from reality?” asks May. That’s a question a grieving society should ask as it contemplates the empty, endless ache left in their hearts by this movie.