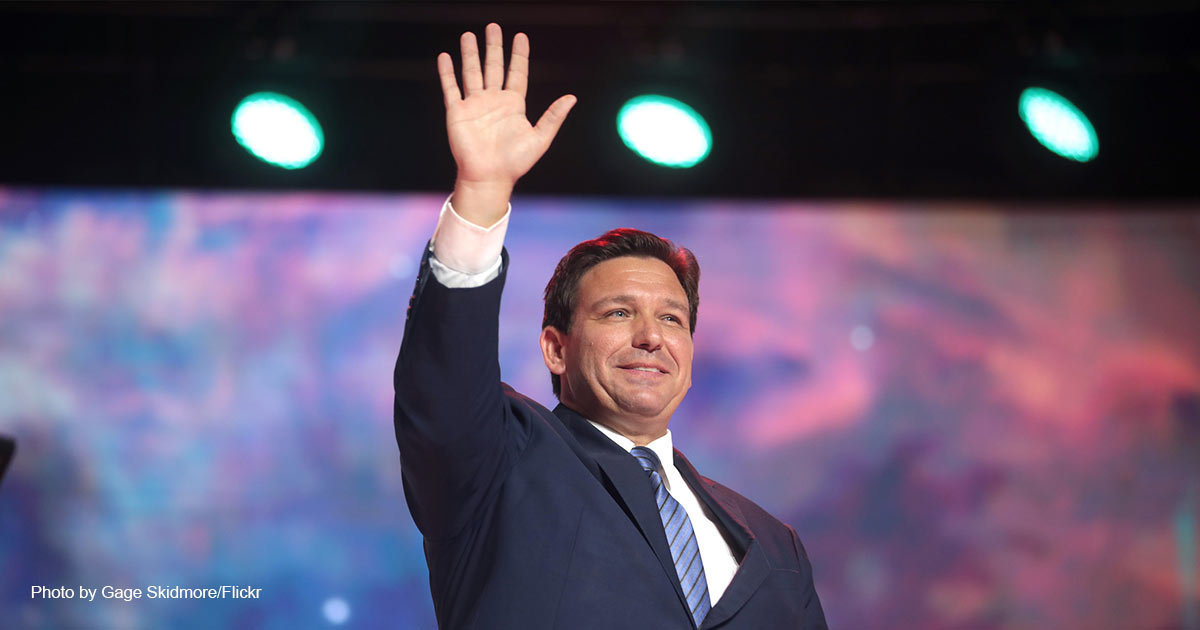 DeSantis on His State’s Red Surge: ‘Florida Is Where Woke Goes to Die’

While other states were urging patience, the ballots didn’t take long to count in Florida, where Republican Governor Ron DeSantis kicked off the night by mopping the floor with Democratic challenger Charlie Crist. His 20-point landslide set the tone for a remarkable evening in Florida, where Senator Marco Rubio (R) also cruised to his third term — proof that the Sunshine State is not the swing state it once was. On the contrary, the governor insisted at his victory speech, “Florida is where woke goes to die.”

It may also be where the old narratives about minority voters die too. Miami-Dade County, an area of Florida that until recently was considered a Democratic stronghold, broke for a Republican governor for the first time in 20 years on Tuesday. “Hillary Clinton won that county by 30 points in 2016,” marveled Rep. Mike Johnson (R-La.) on Family Research Council’s election night coverage. “It looks tonight like the final numbers are being tabulated,” he told FRC President Tony Perkins, “but it looks like Marco Rubio won that county by seven points. That is a massive swell.”

A demographic largely taken for granted by President Biden’s party, American Hispanics are proving that they aren’t made in the Democrats’ increasingly extreme mold. “You and I talk about it often,” Johnson said, “but [this election] is really not just so much a battle between political parties — but between worldviews. … The Democratic Party at the national level has left America behind. It’s been overtaken by radical progressives who believe in European-style socialist policies. And they’ve been pursuing that very aggressively because they’ve had control of both houses of Congress and the White House. The American people have seen the results of that, and they don’t want any of it.”

From crime and inflation to their obsession with child-mutilating surgeries, Democrats have turned off a lot more than Hispanic voters. Early Tuesday night, it was obvious to Johnson that “we’re looking at a demographic shift in this election.” In places like south Texas, which have been in the grips of the Left for years, Johnson predicted, “we’re going to flip some of those seats. You’re going to see our Hispanic Latino voters come out in droves for the Republican Party.” Why? “Because … they believe in the values that we espouse.”

And they aren’t the only ones. “I think hardworking American families, blue-collar workers, as we used to call them, are coming back to the Republican Party. And I think suburban women [too]. [They’re] going to tell the story for 2024 and the years ahead. All of that,” Johnson insisted, “will bear out tonight. You’re going to see a big change in our national politics.” Of course, he cautioned, Republicans will have to find a way to hold all of those coalitions together. “I’m optimistic that we can.”

One way they can do that, Senator Rick Scott (R-Fla.) told Perkins, is “to start fighting and not cave.” “We cannot cave in,” he insisted. “We cannot blink.” If the GOP believes in this country, believes in freedom, believes in the family, the economy, and jobs, “let’s make it happen.”

In his mind and Johnson’s, the Republicans’ job is to paint a stark contrast with the Left, push those priorities, and give Americans a reason to vote for them again. “I think that there is a core of true, principled conservatives [who] will be in charge of the ship if all of this works out the way we think tonight,” the Louisiana leader pointed out. “And we’re going to be holding the line [during] … as we said, a fateful time for the country. …I think we’ll be united. … And we’ll be every day on our knees in prayer, ask for God’s guidance for the wisdom and discernment and stamina to do that very thing. I’m optimistic that there will be the resolve to do exactly that.”

Will Republicans be able to change everything right at once? Absolutely not, Johnson said. But at the very least, the GOP can do what they campaigned on: hold the White House responsible, rein in spending, and generally put the brakes on lawlessness and social radicalism.

The real question, he mused, is what will President Biden do after tonight? “Will he do what Bill Clinton did in ‘94, after Newt Gingrich and the Republicans took the majority in the House for the first time in 40 years? … [H]e moderated and decided to work with that new Republican majority. We certainly are hopeful — prayerful — that President Biden would be willing to do the same thing. The question is, does he have the strength? Does he have the resolve to really try to work with us to fix some of these incredible crises that the American people are facing right now? We’ll see. The jury’s still out on that.”