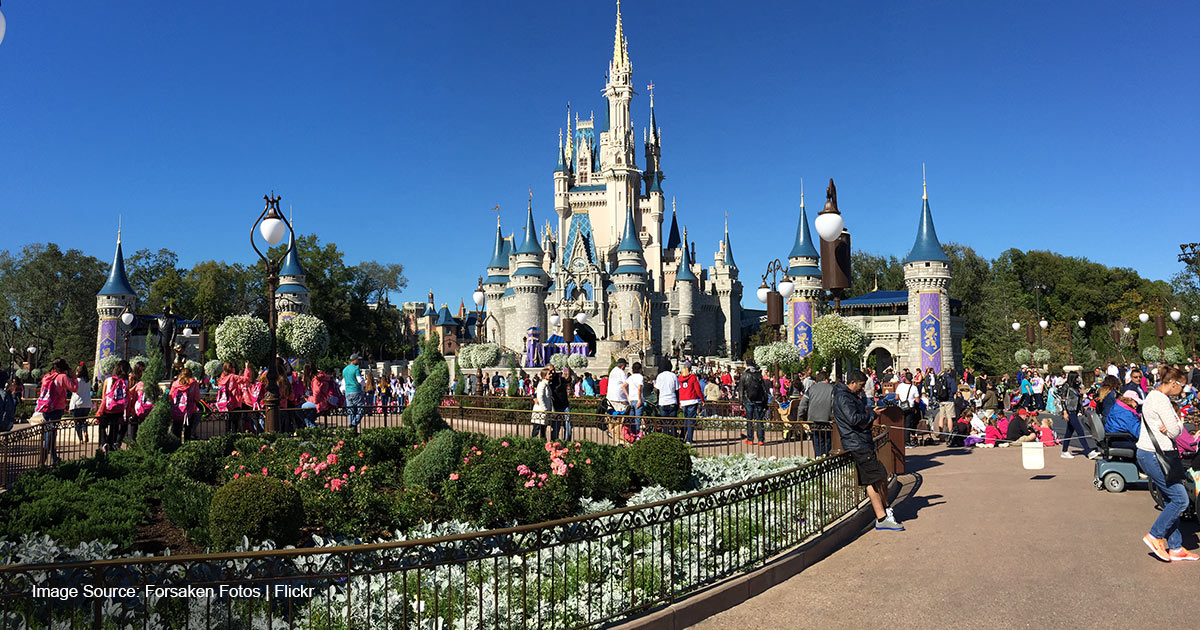 When Disney CEO Bob Chapek sent a memo to senior leaders Friday explaining that the company was “going to have to make tough and uncomfortable decisions,” he had no idea just how uncomfortable they were about to become. Less than two days later, the ax fell in his own office, ending one of the most tumultuous chapters in Disney history. Chapek, who’d been a polarizing figure from the get-go, was out — and no one was more surprised than him.

The announcement came late Sunday night, rocking the Magic Kingdom where Chapek had spent 29 years of his career. For anyone tracking the Disney drama, the news came as a shock — especially since Chapek had just signed a multi-year contract extension in June. Not long after, Disney’s stocks started to crash to their lowest level in nine years, raising new concerns about the company’s leadership. “It is almost unheard-of for Disney to miss expectations on both revenue and earnings per share,” The New York Times noted.

A lot of that volatility is thanks to the very public feud between Disney and Florida Governor Ron DeSantis (R), which outed the company as viciously anti-parent and pro-indoctrination. Chapek and his entire empire emerged bruised and bloodied from that battle, ultimately losing their grip on the sweetheart deal they’d struck with the state decades ago.

Disney never really regained its footing after the PR disaster that followed. Not only did Republicans publicly humiliate the company for its LGBT activism, but they exposed Disney for the unapologetic groomers they are. After content creators bragged that they were focused on “queering” and sexualizing children,” families started walking away from the entertainment magnate in mass. People canceled their vacations, dropped their subscriptions, and generally turned their backs on the 99-year-old franchise.

As one Tennessean told Fox at the height of the Florida uproar, “As a new father, I’ve decided not to expose my baby to any of Disney’s products — anything they stream or the theme parks. There are so many other wholesome options for her.” He went on to say that he would let his daughter “watch the older Disney films on DVD that I was raised on [since] they taught values that kids need and can understand, things like loyalty, friendship, working through obstacles, and the love of family.”

He predicted that Disney would “lose on this wokeness gamble” — and he was right. In this fourth quarter alone, the mouse house lost a whopping $1.5 billion on streaming services like Disney+. Through it all, Chapek refused to admit that the company’s sexual agenda was to blame. Disney isn’t woke, he insisted as his company hosted “two-spirit,” “she/they,” “merperson” drag queen lectures for employees. That’s not being extremist, the CEO told The Wall Street Journal’s podcast. That’s “reflect[ing] the rich, diverse world that we live in.”

Now, Chapek has a lot more free time to reflect on that diverse world. “We thank Bob Chapek for his service to Disney over his long career,” the board of directors wrote in a statement Sunday, “including navigating the company through the unprecedented challenges of the pandemic. The Board has concluded that as Disney embarks on an increasingly complex period of industry transformation, Bob Iger is uniquely situated to lead the Company through this pivotal period.”

Iger, who was behind the wheel of Disney’s woke transformation from 2005 on, had still been very hands-on from his post as executive chairman until last year. And while he’s credited with authoring some of the Magic Kingdom’s grandest chapters — acquiring Pixar, Marvel, 21st Century Fox, and Lucasfilm — it remains to be seen whether he can rein in the extremist tendencies that got his company in hot water in the first place.

The Political Forum’s Stephen Soukup, author of “The Dictatorship of Woke Capital,” agreed that the decision to remove Chapek was “long overdue,” telling The Washington Stand that his “ham-handed approach … to dealing with critics presented a significant risk to shareholders’ investments.”

But, as Soukup pointed out, his replacement is no better. “Unfortunately, by reverting immediately to the leadership of the man who designed and initially implemented the company’s current social and political strategies, the board did itself and its shareholders no favors. Bob Chapek may have drawn the public’s ire for his poor execution of Disney’s ‘woke’ approach, but that approach was Bob Iger’s in the first place.”

Under Iger, the company’s political activism became an entrenched part of the Disney culture. As Jim Geraghty at NRO points out, he was “more or less the walking embodiment of woke capitalism” — so much so that Iger was reportedly one of President Biden’s top picks for U.S. ambassador to China.

Chapek was much more hesitant to keep Disney’s political advocacy center stage. As the Hollywood Reporter explained at the height of the Florida debacle, he was “staunchly opposed to bringing Disney into issues he deems irrelevant to the company and its businesses.” It was those same apolitical tendencies that prompted his now infamous memo to staff. “As we have seen time and again, corporate statements do very little to change outcomes or minds,” Chapek argued. “Instead, they are often weaponized by one side or the other to further divide and inflame. Simply put, they can be counterproductive…”

Turns out, the vanquished CEO’s instincts were right. Now, months after Chapek’s hand was forced by angry employees, the company is public enemy number one, Disney’s reputation is in tatters, and its shareholders are wondering if Walt’s empire is about to financially collapse.

But instead of learning their lesson, Disney is right back where they started: with an outspoken partisan calling the shots. If you ask disgruntled fans, tomorrowland doesn’t look all that promising.