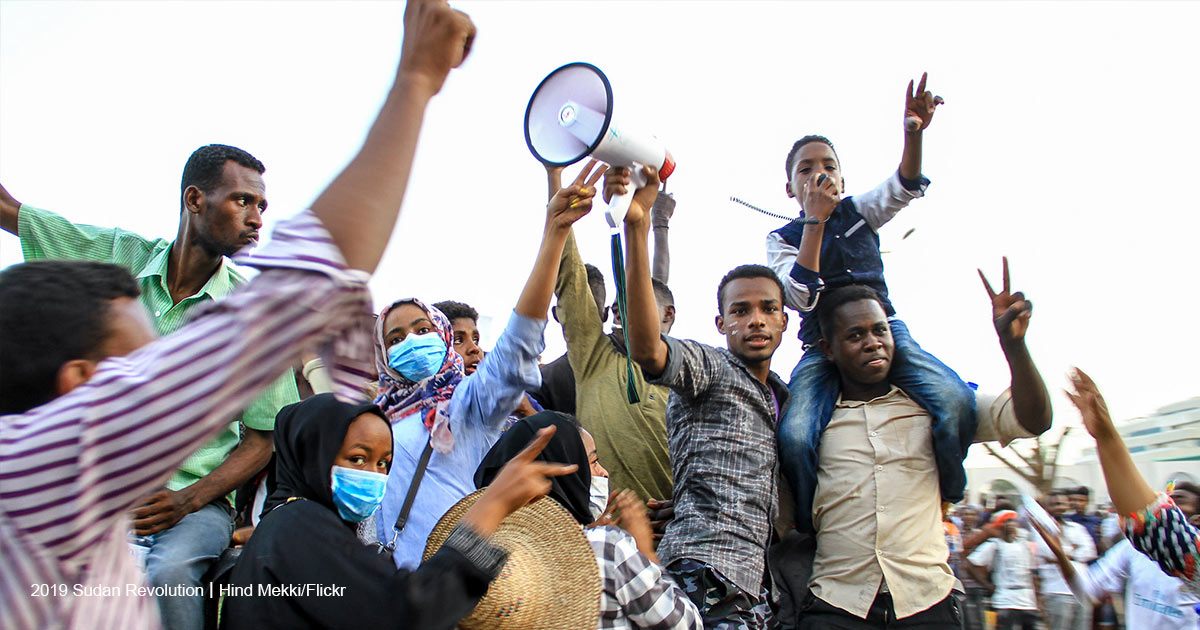 On June 28, four Sudanese Christian men were arrested for violating a previously annulled apostasy law — a law demanding a death sentence for leaving Islam. This latest report of Christian persecution has led to increasing concern about Sudan’s future, thanks to a 2021 military coup that shattered widespread hopes for continuing freedom of worship.

Those of us who have been involved in the international religious freedom movement for many years have clear memories of Sudan’s bloodstained decades, marked by the brutality and death suffered by untold thousands of Sudanese Christians. This extreme violence took place during the ruthless dictatorship of former President Omar Bashir which began in 1989. He ruled with an iron fist until he was indicted by the International Criminal Court in 2009 for vicious violence against civilians.

Bashir’s arrest was followed by an international sigh of relief, when a transitional government replaced him in September 2019. The new leaders took assertive steps toward justice, including the toleration of “apostasy” — meaning the rejection of Islam — which had demanded a death sentence. Sudan’s 2020 Fundamental Rights and Freedoms Act prohibited the labeling of any group as “infidels” (takfir).

That same year, the U.S. Commission on International Religious Freedom (USCIRF) published an optimistic report titled, “One Year of Progress Advancing Religious Freedom in Sudan.” In February, a USCIRF delegation, led by then-Chair Tony Perkins and Commissioner Anurima Bhargava, traveled to Sudan to assess religious freedom conditions since the revolution. Their report provided reason for optimism. “USCIRF has been encouraged by the transitional government’s willingness to dialogue and engage on religious freedom issues.”

But then, tragically, after two years of real progress following Bashir’s downfall, a military coup on October 25, 2021 led to the return of deadly state-sponsored persecution. Before long, reports of arrested believers, many of whom had converted from Islam to Christianity, began to reappear.

Then, just days ago in late June, the story surfaced that four men from the Sudanese Baptist Church in Zalingei, in Central Darfur had been arrested on charges of apostasy. Those Christian converts from Islam — Bader el Dean Haroon Abdel Jabaar and his brother Mohammad Haroon Abdel Jabaar, along with Tariq Adam Abdalla and Morthada Ismail — were taken into custody on charges that might soon cost them their lives.

Morning Star News explained that the Christians were arrested over allegations of apostasy under Article 126 of Sudan’s 1991 criminal code. Significantly, “…In July 2020, the transitional government that took effect in September 2019 decriminalized apostasy, which had been punishable by death. Sudan’s 2020 Fundamental Rights and Freedoms Act prohibits the labeling of any group as ‘infidels’ (takfir), according to the U.S. Commission on International Religious Freedom (USCIRF).”

The 2020 Act had also repealed other articles, such as public flogging as a punishment, and prohibitions against drinking alcohol. But although human rights activists argue that prosecutors have mistakenly used a repealed article of the criminal code against the four Christians, the men were viciously abused, and their Bibles were confiscated before they were released. Their court appearance is scheduled within a week. And without question, they remain in life-or-death circumstances.

A source close to the present situation, who must remain anonymous, has described for us in further detail the cruel treatment of the arrested men and what their case portends for Sudan.

What happens with the four Christian leaders who were arrested in Zalingei, Darfur Sudan will be a turning point for Sudan. After the apostacy clause in the law was abolished by Sudan’s transitional government in 2021, the leader of the Baptist Church petitioned the governor of the Zalingei area to build a physical church building, and permission was granted. But now, this effort by local government to revert to the defunct Islamic law is a test for Sudan’s struggling central government in Khartoum. It seems to dispel any hopes for forward progress toward their proclaimed desire for religious freedom.

The four who were arrested were beaten, tortured, and released — but only when someone posted what was the equivalent of bail. Therefore, though in hiding, these men cannot flee. Instead, they have been told that at their court date, if they don’t recant their Christian faith, they will be put to death. Meanwhile, newspapers in Khartoum are silent, which is not a good sign.

Regrettably, today, the eyes of those who stand guard over religious freedom must turn once again toward Sudan. With sadness and concern, we’ll watch and pray that a national relapse into radical Islamist ideology will not engulf the country. Meanwhile, USCIRF may be called upon to speak out against yet another revolution — an upheaval that will rob the long-suffering Sudanese people of their new-found and cherished freedom.

Let’s ask the Lord to bless and keep those in Sudan who love Him. May He protect and provide for all those who, with amazing courage, choose to live for Him — no matter what the cost.

Sudan is just one of many countries across today’s troubled world that do not honor or protect religious freedom. FRC’s newly released book about international religious freedom, “Heroic Faith: Hope Amid Global Persecution” by Lela Gilbert, Arielle Del Turco, and Lt. Gen. (Ret.) Jerry Boykin, is both inspiring and informative. Order your copy today at Barnes & Noble or wherever books are sold.