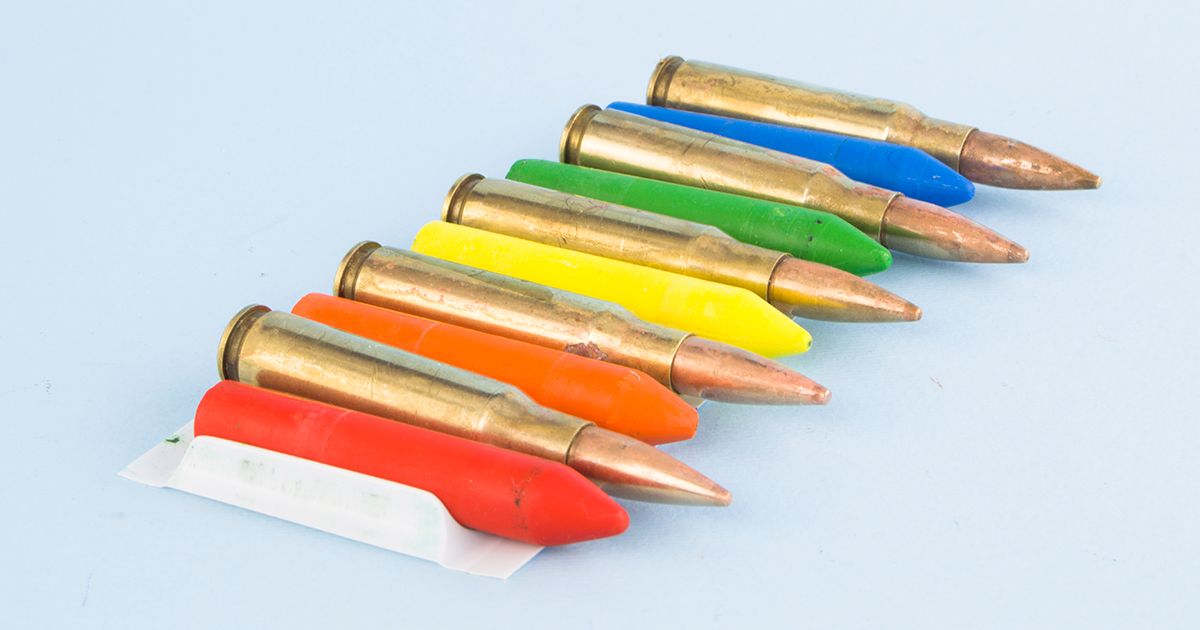 When you can’t recruit to save your life, maybe decking out your most macho branch in rainbow bullets isn’t the best commercial. The U.S. Marine Corps tried that last Wednesday, raising plenty of eyebrows with its controversial Pride tweet of multi-colored rounds, holstered in a Corps helmet. Turns out, the few were not proud. The pathetic attempt to pander to the woke fringe did what top brass should have expected: it bombed.

In the last week, the uproar over the post has become the real story, as the Corps and Pentagon take flak from all directions. The Military Times dedicated an entire column to the controversy, saying the Marines “missed the mark,” which was putting it mildly. “Unfortunately, the graphic and message did not seem to resonate for many commenters on Twitter and Instagram,” Sarah Sicard observed. Outrage is still pouring in from veterans and other military families who are tired of their service being used as a pack mule for the far-Left’s agenda.

“Quit being woke,” ranted one. “All Marines are green,” another fired back. “No colors. No preferences. No special treatment or celebration of any sub-group or category. Just Marines. Leave it at that. Keep social experiments, trendy buzz words, and politics out of it!” Former Fox News producer Kyle Becker was just as pointed, reminding everyone: “The culture wars are not one the Marines were formed to fight. You represent all Americans & not just Woke socialists weaponizing sexual orientation to attack traditional nuclear family & Christian values. Tolerate, yes. Champion a side in a cultural debate? Not your mission.”

Tell that to the Biden administration, who isn’t just enlisting the Marines for its LGBT ops, but deploying the other branches as well. Apart from the gratuitous Pride tweets (the Air Force opted for rainbow tie-dye), the Pentagon spent Tuesday diverting resources away from actual defense priorities to a virtual worship service of “transgender visibility,” complete with heretical prayers. As part of the parade, the Defense Department trotted out a number of leaders who identify as the opposite sex, including Lt. Bree Fram who, thanks to your taxpayer dollars, is heading up the “transgender policy team within the Department of the Air Force’s LGBTQ initiative team.”

He urged people, among other things, to “set out your symbols of pride, share your pronouns in your email, particularly if you’re a person who doesn’t think they need to.” Kathleen Hicks, the top DOD official present, announced that the agency will do everything it can to prove its LGBT loyalty, explaining that the agency is in the “final stages of developing a diversity, equity, inclusion, and accessibility plan, which she said will direct activities within the department and identify priorities within the coming year.”

After the last several months, we can already guess what some of those priorities are: a boost in taxpayer-funded gender reassignment surgeries and treatments, military drag shows for families, and “compassionate reassignments” for servicemembers triggered by conservative state laws on abortion, gender, and parents’ rights.

And those goals, Senator Marsha Blackburn (R-Tenn.) will be quick to tell you, extend to the very top. In a disturbing conversation last month with Defense Secretary Lloyd Austin, who is believed to be quietly studying the impact of adding “nonbinary” or “polygender” servicemembers to the ranks, the senator pressed him on the amount of money DOD is diverting away from actual warfighting and training to implement this extremism. He replied that he couldn’t “speak to that” but did reiterate that he is “supportive of allowing any person that’s eligible and can meet the qualifications to serve their country.”

Meanwhile, not so ironically, the military is scrambling to hit its recruiting goals. “We are in a war for talent,” the Army chief of staff admitted to the Senate Armed Services Committee last Thursday, explaining that the branch is radically shrinking. And it doesn’t take a rocket scientist to understand why. Thanks to its woke diversions, an unconstitutional vaccine mandate that cost America thousands of troops, and a general misplacement of priorities (global warming, critical race theory, and “extremist stand-downs”), people have either left the military in disgust or refused to join altogether.

Now, to entice more young people, the military is offering incentives like bigger signing bonuses, better housing, family services, and — if the Democrats get their way — free abortions. (Because, naturally, the best solution for recruitment woes is to kill your future talent.) And yet, with Roe v. Wade on the chopping block, the urgency to change the military’s ban on taxpayer-funded abortion has taken on a hysterical quality.

The House’s Democratic Women’s Caucus and Pro-Choice Caucus are already firing shots across the bow on the latest military spending bill, the National Defense Authorization Act (NDAA), complaining that sending women out of pro-life states for abortions creates too many logistical hassles. “It could well lead to additional hostile work environment, harassment, obnoxious behavior from colleagues if they know why the absence is necessitated,” leftists argue. “Many also don’t have the luxury of traveling off-base, thousands of miles and for days at a time, to pay out of pocket to receive the care they need and deserve. The fallout for our servicemembers and their families will be catastrophic, as is the threat to our military readiness, morale, and unit cohesion,” said San Francisco Rep. Jackie Speier (D-Calif.).

Senator Jim Inhofe (R-Okla.) rejected Speier’s logic, insisting, “I have seen nothing from the Department of Defense that has led me to believe that access to abortion is a factor in recruiting and retention one way or another.”

But the fact that Congress is even having these conversations — financing a military war on the unborn or radically sexualizing our troops — are just symptoms of a Force that’s lost its way. “I have never been more concerned about our military,” Family Research Council’s Lt. General (Ret.) Jerry Boykin said. “I thought it was bad in the Obama years, but let me tell you, this is awful.”

The proud tradition of America’s military is at a tipping point. And if Joe Biden cares about our men and women in uniform at all, he’s running out of time to prove it.