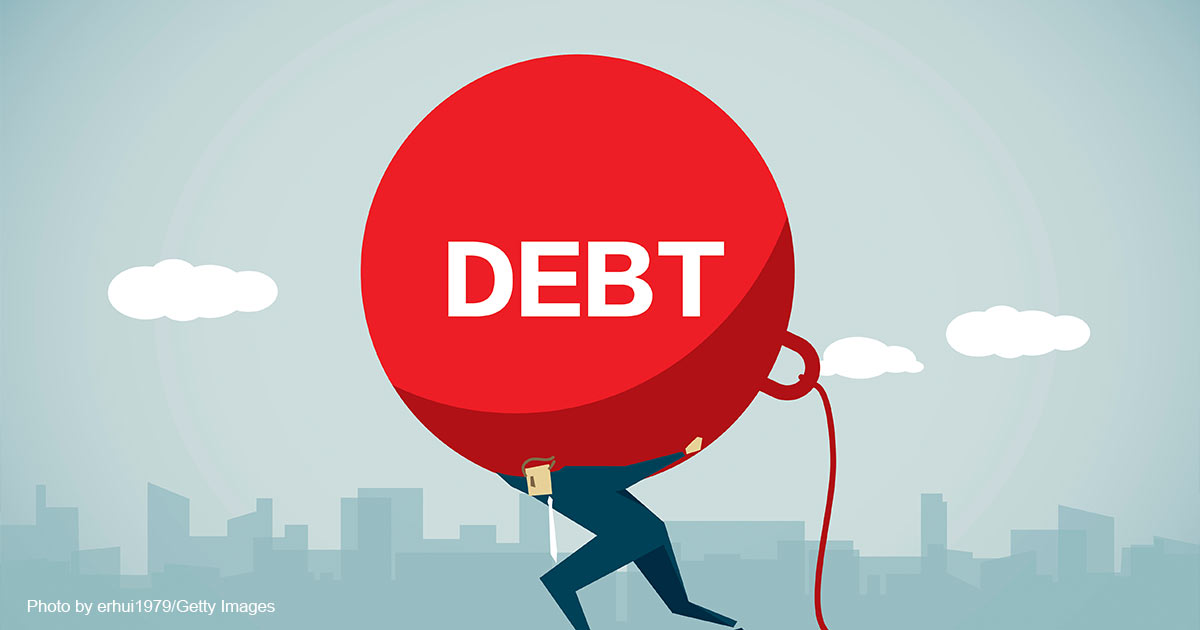 Will Rogers used to joke, “Alexander Hamilton started the Treasury Department with nothing — and sometimes I think that’s the closest we’ve been to breaking even.” Not many people saw the humor in that Thursday when the U.S. bumped its head on the debt ceiling, setting the stage for a titanic showdown over America’s spending. While Uncle Sam has maxed out his credit cards for years, the government has never owed anything close to $31 trillion — a failure the new conservative House majority has zero intention of repeating.

If anyone doubts whether the GOP means business, one look at the speaker’s race ought to tell the skeptics all they need to know. The group forged by five days of adversity over Nancy Pelosi’s successor is a hardened and united front now, determined to declare war on the reckless habits that got our country into this mess. Many believe one of the biggest victories the conservative holdouts won was the promise not to raise the debt ceiling until serious budget reforms are made.

Not surprisingly, Democrats are demanding that Congress raise the borrowing limit — no strings attached. Joe Biden, who called Republicans “fiscally demented” for trying to steer America away from the cliff, is insisting that conservatives who want new spending limits can pound sand. Of course, his refusal to negotiate with the GOP is rich considering that he’s added more to the national debt ($3.8 trillion) in two years than our country did in 61 years (1929-1990).

Biden’s pigheadedness is putting the two parties on a collision course for a knock-down, drag-out fight — the likes of which Washington hasn’t seen since 2011 and 1995 when other House majorities tried to put Congress on the spending straight and narrow. Meanwhile, the prospects of Congress coming to blows over America’s ballooning debt is making the media downright hysterical. The New York Times wrung its hands, writing that “breaching the debt limit would lead to a first-ever default for the United States, creating financial chaos in the global economy.” Other Chicken Littles panicked that Republicans will pull the plug on Social Security and Medicare.

The reality is, America has never defaulted on its loans (despite coming dangerously close under Barack Obama). Even now, the House GOP is working on an emergency plan to keep the government afloat while the two sides hammer out an agreement. Conservatives have said that non-Defense spending will be first on the chopping block, but that doesn’t mean, as Rep. Andy Harris (R-Md.) joked with me on “Washington Watch,” that “nasty Republicans are going to push grandma off a cliff.” “We’re going to start with non-Medicare, non-Social Security spending,” he insisted. But frankly, Harris said, we should ultimately have “a bipartisan agreement on how to control all our federal spending.”

And yet the media would have you believe that any Republican who wants to leverage the moment to help America sober up after decades of a spending binge is reckless. “Crazy even,” National Review’s Veronique De Rugy writes. The fact of the matter is, our fiscal house is a disaster “and Congress is to blame for it. … These people are upset about the symptom of the disease, not the disease itself.”

Ironically, these same media outlets didn’t seem the slightest bit concerned when it was Biden and Chuck Schumer (D-N.Y.) opposing multiple debt ceiling hikes. Back in 2006 and 2004, the two men could’ve been mistaken for Ronald Reagan, saying such things as “This massive accumulation of debt … was the result of willful and reckless disregard for the warnings that were given and for the fundamentals of economic management.” That was then-Senator Joe Biden before voting against increasing the debt limit. Schumer was so against the idea that he ran ads about it.

Apparently, the press is messaging this debate the same way they did the speaker’s race: demanding Republicans stop whining and fall in line. Conservatives who didn’t earlier this month, who made demands of their next leader in exchange for their support, were “terrorists.” Today, when Republicans ask for everyone to come to the table, Democratic Sen. Brian Schatz (Hawaii) lashes out, “There is no table.”

In other words, Congress should just roll over and rubber-stamp more borrowing to fund the Left’s agenda. If that’s the House’s perfunctory duty, as the critics say, why even vote? Or, could it be that this is a neglected accountability tool for lawmakers to keep spending in check?

I know some Americans will yawn at the country’s predicament. We’ve become numb to the big numbers. Living within our means seems to be an ideal long lost in this age of excess and instant gratification. But as everyone eventually learns, borrowing of this magnitude is ultimately unsustainable — and it’s immoral for us to leave it to our children and grandchildren to pay Washington’s piper. This is a fight that needs to be had, and we need to have it now.

When Ronald Reagan took office, the government’s debt was $650 billion. By 2010, it had skyrocketed to $10 trillion. Now, we’re approaching three times that number. And it’s not because Republicans have been spending angels, and Democrats have been devils. Both parties have been irresponsible. But we can’t keep swimming in red ink as a country and hope to survive. We have to address it.

Some of the ideas floating through the conservative caucus are completely reasonable solutions like “no budget, no pay,” which withhold lawmakers’ pay when they don’t pass budgets. For years, they’ve been kicking the can of appropriations down the road, which has resulted in gigantic, unread, multi-trillion-dollar boondoggles like we saw in the December omnibus. No more, House conservatives said in the speaker’s fight. It’s time to send these 13 budgets through regular order — holding hearings, conducting mark-ups, and giving members time to digest and amend the bills.

In return for a debt ceiling increase, Republicans will almost certainly demand across-the-board cuts and savings. There are calls to balance the budget in 10 years and scale back on glutted entitlements.

“The bottom line is we can’t just keep raising the debt ceiling year after year and just whistling past the graveyard on this,” Harris warned. “[O]ur debt exceeds our entire output of our economy. We are beyond the point where Greece was about 10 years ago when they essentially went bankrupt, so it’s completely unreasonable for the president to not want to negotiate some spending control.”

He compared it to a teenager maxing out his credit cards and telling his parents, “Look, just raise my limit. Don’t talk to me about controlling my spending.” “It’s crazy,” Harris shook his head. “We will discuss it, and the president will have to negotiate … because the debt ceiling is not going to be increased by the House without some spending control.”

At the end of the day, the new majority may not be able to take the credit cards away, but they can put a serious dent in Congress’s allowance. True leadership means “the bucks stop here.” It’s time for Republicans to take charge — and not the plastic kind!

Tony Perkins is president of Family Research Council and executive editor of The Washington Stand.