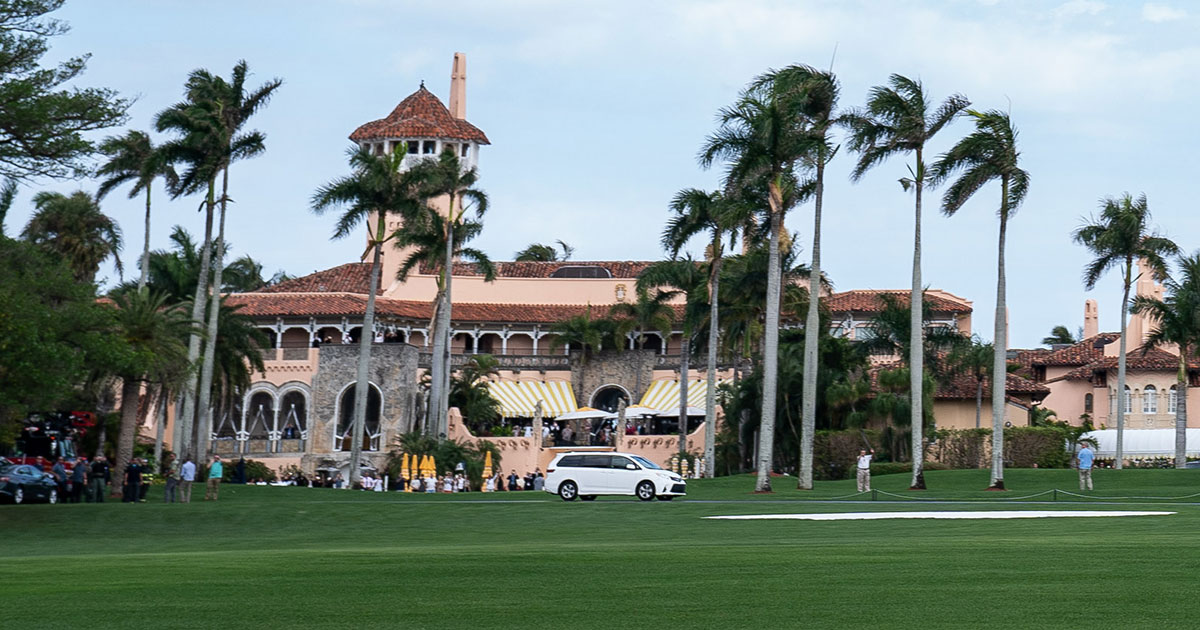 Federal Bureau of Investigation (FBI) agents initiated a raid Monday on former President Trump’s residence at Mar-a-Lago in Palm Beach, Florida. Plainclothes officers combed the area from 9:00 a.m. to 6:30 p.m., including cracking open a safe, and reportedly removed numerous boxes and documents to sort through at a local FBI field office. They were reportedly seeking classified documents taken by Trump when he vacated the White House.

Earlier this year, the National Archives had requested that Trump return 15 boxes of documents and other material and eventually referred the case to the Justice Department. Trump reportedly turned over the materials, which included a cocktail napkin and dinner menu, after he was threatened with action to retrieve them.

The raid was undoubtedly unprecedented. Never before has a presidential administration raided its predecessor’s home. Not for any previous scandal — not even for Watergate — have investigators raided a president’s home. On that, all sides agree.

Consequently, the reactions on both sides have been predictably rash. Trump supporters chalk the raid up to leftist abuse of the judicial system, while Trump detractors infer from the unprecedented development that there must be unprecedented levels of wrongdoing. Neither option is good for America.

But before we contribute to the cacophony, Christians should remember that, “If one gives an answer before he hears, it is his folly and shame” (Proverbs 18:13). Therefore, “let every person be quick to hear, slow to speak, slow to anger; for the anger of man does not produce the righteousness of God” (James 1:19-20).

Currently, there is a lot we don’t know about the FBI’s raid. We don’t have the warrant, so we can’t know, precisely, what they were searching for, who signed the warrant, and how the warrant was obtained. We also don’t know, precisely, which Trump-related investigation prompted the raid (there are several possibilities). Nor do we know, precisely, what investigators retrieved from the residence. Equally important is more discretionary knowledge, which a few legal experts possess — but most commentators do not — about what evidence of potential wrongdoing would justify such a raid. We’ve got to lay a solid foundation of facts before we proceed to jump to conclusions.

That doesn’t mean such an unprecedented raid with such enormous potential consequences should go unexplained. The American people need answers, and we need them quickly. “The Biden administration and the Department of Justice, … and I include the FBI in that, had better very quickly indicate why it was considered necessary to search the private residence of a former president of the United States,” said Albert Mohler Tuesday in The Briefing. “The credibility of our justice system is at stake, and the credibility of our political system. … Are we entering a phase in which whatever administration in office will try to destroy the opposition?” That’s the question that needs an urgent, compelling answer.

Whatever the merits of this individual action, or the integrity of individual agents, the Department of Justice (DOJ) as a whole lacks the social capital needed to be given the benefit of the doubt. As Family Research Council President Tony Perkins put it, “Who trusts the FBI to pursue justice? The agency has become so politicized that even if their actions were justified half the nation still would not trust them.”

The agency J. Edgar Hoover used to investigate political opponents has provided plenty more recent examples of prosecutorial indiscretion, too. The FBI is neglecting investigations into attacks on pro-life pregnancy centers and targeting parents as domestic terrorists, but working overtime to protect the president’s son. They’ve filed lawsuits against states for passing laws to protect unborn life and election integrity — lawsuits with the flimsiest of legal rationales. After eight years of investigating President Trump, before, during, and after his time in office, the agency has yet to publicly charge the president with a single crime, although there are constant assurances that prosecution is just around the corner.

Despite their ostensibly apolitical mission, and alleged reluctance to influence politics, the DOJ, and FBI in particular, sure seem to mire themselves in endless political controversies. Perhaps there are innocent reasons for every incident, but the DOJ does themselves no favors by refusing to be transparent about their legal proceedings. In such a high-profile case as raiding a former president’s home, it would certainly bolster the legitimacy of their investigation in the eyes of the public if they presented, without spin, the evidence to justify such an unprecedented action.

While the nation waits for the DOJ/FBI to explain themselves, Democrats in Congress are working to expand another federal agency that has gained a reputation for politically motivated investigations. Senate Democrats on Sunday passed a bill to double the size of the Internal Revenue Service (IRS), so that the tax collection agency would have more resources to audit taxpayers. During the last Democratic administration, the IRS targeted conservative groups so blatantly that even The Washington Post was forced to admit it. Last week, 40 House Democrats signed a letter urging the IRS to target conservatives again, particularly Family Research Council.

Under such a dark cloud of suspicion for abusing power, unelected agency bureaucrats have two options: they can continue to ride roughshod over public concerns, or they can work extra carefully to make their actions transparent and accountable to the proper authorities. Bureaucrats who hold deep commitments to republican government should pursue the latter course of action. Instead, on Thursday the FBI Director insisted on leaving a Senate committee hearing 21 minutes early so he could catch a (private) flight to the Adirondacks, and on Monday the FBI raided Mar-a-Lago, reportedly without alerting the White House.

In response to the raid, House Minority Leader Kevin McCarthy (R-Calif.) expressed exasperation with the DOJ’s “intolerable state of weaponized politicization” and promised “immediate oversight of this department” if Republicans win back the U.S. House of Representatives.

When Julius Caesar (not yet emperor) returned from a successful campaign in Gaul (modern-day France), the Roman Senate feared that he would try to seize power and ordered him to leave his army far from the city, beyond the Rubicon River. But Caesar crossed the Rubicon, going past the point of no return. When Caesar arrived with his army in Rome, he deposed the Senate, and the Roman Republic was no more. As Mark Twain said, “History doesn’t repeat itself, but it often rhymes.”