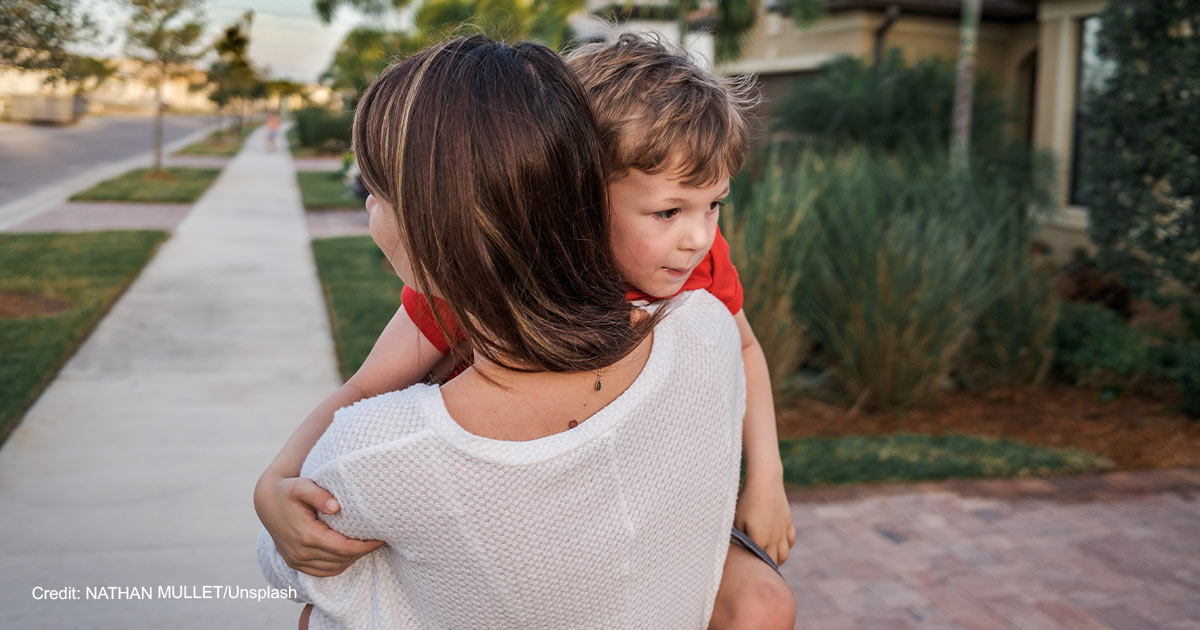 After intense national backlash, a Virginia Democrat has opted against introducing a bill that would remove children who identify as gay or transgender from parents whose lack of support allegedly causes “mental injury” — the latest sign that parents are “taking back their schools,” a Republican congressman said Monday.

Last week, Elizabeth Guzman (D-Woodbridge) announced that she planned to resubmit legislation authorizing Child Protective Service and local police officers to investigate any parent or guardian accused of harming their child’s mental health due to the child’s homosexuality or gender identity. In addition to establishing a permanent black mark for educational institutions and employers, the charges could result in a felony prosecution. The bill, originally known as House Bill 580, died during the Virginia’s House of Delegates’ last legislative session.

Guzman promptly backtracked, saying she will not reintroduce the measure when the next legislative session begins at 12 noon next January 11.

The bill reveals that “this Democrat Party wants our children groomed in our schools,” Rep. Bob Good (R-Va.), a member of the House Education and Labor Committee, told “Washington Watch with Tony Perkins” Monday. “We follow the science, [which is] consistent with Scripture: There’s only two sexes, only two genders.”

“Instead of reinforcing the fact that [children are] wonderfully made, that God created them perfectly, God creates us male and female … what they want to do is contribute to that confusion, that dysphoria,” said Good. “The Biden administration has even tied federal dollars to supporting [LGBTQ] policy in the schools.”

Shortly after WJLA-TV’s report went viral, politicians in both parties distanced themselves from Guzman, and her bill. Rep. Abigail Spanberger (D-Va.), who campaigned with Guzman two days before the delegate threatened to reintroduce her parent-replacing act, canceled her debate against Republican challenger Yesli Vega. “She doesn’t want to have to answer for her surrogate’s extreme positions on jailing parents if they refuse to affirm their child’s gender identity,” Vega said.

“Democratic leaders in Virginia have been running from her as if she had the Black Plague,” Family Research Council President Tony Perkins told his audience Monday. “Here’s the bottom line: Your voices were heard on this.”

Some Republicans wanted the Democrats’ support for the measure put on record. “I will send her bill to the floor for a vote. File it,” Speaker of the House, C. Todd Gilbert (R-Shenandoah) challenged Guzman on Saturday. “Republicans want to empower parents and now this Democrat wants to put them in jail. Let’s see where everybody stands with a full vote on the House floor,” he told Townhall.com.

But most Republican leaders rejoiced at the proposal’s demise. “What we saw is a clear statement of what the progressive liberals believe: They believe if parents try to be parents they should be investigated,” said Virginia Governor Glenn Youngkin (R). He then referred to Attorney General Merrick Garland’s investigation into parents who spoke out against explicit, LGBT-themed books and curricula in public schools.

“Thankfully, this is a losing issue for Democrats, and I think that’s why we’re hearing that they’re going to pull back,” Good told Perkins. “After 50 years of retreat in school boards and the education of our children, we’re on offense now and parents are motivated. They’re engaged. They’re taking back their schools.”

The issue’s instant toxicity led Guzman to accuse WJLA of “misleading” its viewers, without identifying a single error in WJLA reporter Nick Minnock’s story. “We reported what Del. Elizabeth Guzman told us on camera about a bill she said she was going to introduce,” replied Minnock, as the station posted the full and unedited interview.

Guzman repeatedly agreed with Minnock that her bill would punish parents who “do not affirm” their child’s decision to identify as another gender. Guzman asserted that her proposal is rooted in the Bible, and it’s necessary for the state to begin “educating parents” about how to raise their children, “because the law tells you the do’s and don’ts.”

Guzman’s interview confirmed the original tip that inspired Minnock’s reporting: comments made by a radical LGBT activist, which have since disappeared from the internet. “I’ve been working with a senator — no, a representative — in a small district that I’m not a resident of,” said Amy Cannava of the National Association of School Psychologists on the “OUT. What Now?” podcast prior to Minnock’s interview. “And she is a former social worker and has her clinical degree and recognized the abuse and long-term harm of not affirming your kids. So, we are working on a child protection bill that would make it illegal to not affirm.” Guzman is a social worker.

Those words led him to ask Guzman about sponsoring her bill in January. “Before our interview [with] Guzman, someone on a podcast said they were working with a lawmaker who is a social worker to introduce a bill to make it illegal to not affirm,” Minnock said. “After our story, the podcast is no longer available.” A review of the podcast’s Apple archive and the host’s website shows Episode 81 (season 5, episode 7) — an interview with Cannava posted on July 14 and titled “A Queer Awakening in Publix & Planning a Regional Pride Prom” — absent.

While Guzman said her bill would not punish parents who do not affirm their children’s identity, lawyers have said the bill’s criminalization of “mental injury” could do precisely that. Guzman personally blurred those lines in savage criticism of Youngkin’s model guidelines for schools, which say public schools must “respect parents’ values” about sex and sexual identity. “More than 80 percent of trans youth have considered committing suicide. 40 percent have tried. The policies Glenn Youngkin is putting in our schools is putting our children at risk of both self-harm and harm inflicted on them by others,” claimed Guzman dubiously.

Some legacy media outlets uncritically repeated Guzman’s account as a passive victim in the controversy. “A Northern Virginia legislator found herself at the center of the nation’s LGBTQ culture wars after saying she would reintroduce a bill that barely made a stir when she first submitted it two years ago,” its opening paragraph stated. The Hill’s Brett Samuels wrote that “Republicans are seizing on” the issue of parental rights and “seized on” Guzman’s controversial legislation.

“Why didn’t the [Washington Post] quote what Guzman said in their stories?” asked Minnock. “Minutes after our story published, I texted Guzman the story & I thanked her for speaking with us. She ‘liked’ my text. But nearly 24 hours later she called the story misleading? If that’s what she thought, why didn’t she immediately call me to ‘clarify’ what she said on camera?” he questioned.

The issue momentarily placed LGBT activists on the defensive — momentum that the pro-family movement should use to maximum effect, Good said. “I’m a co-sponsor of my friend [Rep.] Marjorie Taylor Greene’s bill, that would make it criminal to perform [so-called “gender reassignment”] surgery on children, to cut off body parts, to maim them,” or to administer cross-sex hormones “in the effort to change their sex,” Good added.

But the LGBT movement has normalized so many notions that seemed unthinkable, so quickly, that those who want to protect children from the predatory gender reassignment surgical industry must maintain vigilance, Good and Perkins agreed.

“This goes away for today, but it’s back tomorrow after the election,” Tony Perkins concluded. “The only thing that stops it are those who stand up and speak out against the nonsense.”