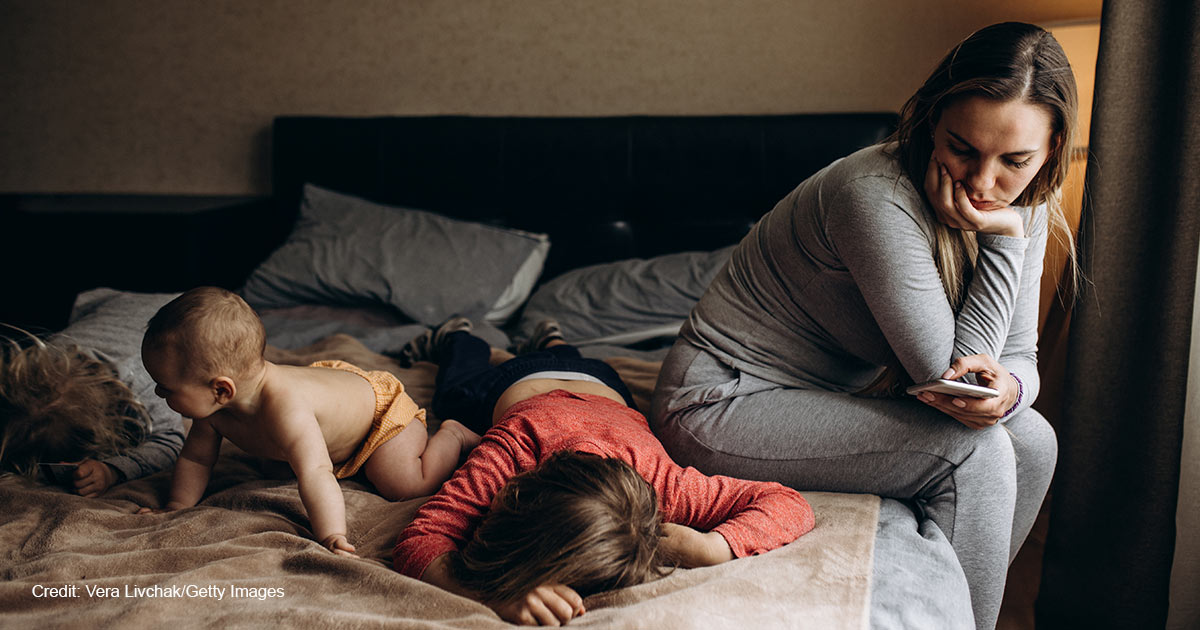 A recently released report from the state government of Mississippi underscored that hundreds of millions of taxpayer dollars are being squandered on government programs that could have been avoided if more fathers were present in their children’s lives. The report reflects a decades-long pattern of social science data that points to how closely marriage and religious practice are to positive social outcomes for their children, experts say.

On August 22, the State Auditor’s Office of Mississippi released a report indicating that fatherlessness will cost taxpayers in the state “an additional $700 million of current and future spending obligations.”

“Kids that grow up without an engaged dad are more likely to go to prison, are less likely to finish high school, [and] have worse health outcomes. Little girls are more likely to grow up in their teen years [and] become pregnant. These are all things that are tragedies for the kids but they’re also massive costs to the taxpayers. … [E]very Mississippian should be invested in the idea that if you’re man enough to father a child, you ought to be man enough to help raise that child. It’s just that simple.”

The Marriage and Religion Research Institute (MARRI) has been studying the social science on marriage and religion for over a decade. Dr. Pat Fagan, the director of MARRI, told The Washington Stand that the effect of fatherlessness reaches well beyond what the Mississippi report highlighted.

“There is a lot I suspect Mississippi is missing: the extra educational resources needed; the future extra crime costs; the increases in addictions; the increases in depression and anxiety in both children and parents; the lesser health and greater illnesses (with greater medical costs); the higher levels of abuse of children and mothers (with increased social services costs); increased divorce rates of parents’ future marriages and of children’s future marriages; decreased religious attendance; increased early and premarital sexual intercourse of children when they reach their teenage years; the increased instability of the neighborhood. Then there are the lost opportunity costs: the lost taxpayer money from an intact married family, lesser educational outcomes translating into lesser income, and increased future out-of-wedlock rates (less future marriages). The cycle deepens and widens.”

Fagan went on to emphasize the importance of marriage and its fundamental connection to religious practice as “the only real solution.”

“The only real solution [to fatherlessness] at both the natural and supernatural levels is monogamous marriage,” he said. “All the data point that way. That necessitates a mindset of chastity before marriage. That many think this is ‘irrelevant’ for today or ‘such thinking stems from the religious dictates of hyper-religious people’ is beside the point and wrong. The data points this way for all groups, income levels, educational levels, and ethnic backgrounds.”

He elaborated that marriage combined with religious worship are primordial goods that government cannot provide.

“The practice of worship is a major resource for attaining this difficult good,” he pointed out. “And it has a dose-response effect: weekly religious worship (across denominations and faiths) is most protective and strengthening, and the less frequent, the less potent it is in its effects. Worship a few times a month is much less ‘effective’ than weekly worship. So, in summary: worship, chastity, and marriage. Government can deliver none of these! This is the work of family and church (and school in alliance with parents and religious beliefs). The one public policy that would have a massive effect on this would be to [provide vouchers for] all education so that parents can have the schools (and values) they desire and that they know will work. Government has not got a clue how to do this.”

Writer and cultural commentator Delano Squires, who recently wrote about the importance of present fathers in reducing the number of abortions for the Institute for Family Studies, concurred with Fagan’s assessment.

“The government is a terrible husband and an absent father because it just has too many households to support,” he said recently on The Kevin Roberts Show. “We need to get back to the natural order as it relates to the role of men in a society. The first step in that is naming [marriage] as something that is an ideal.”