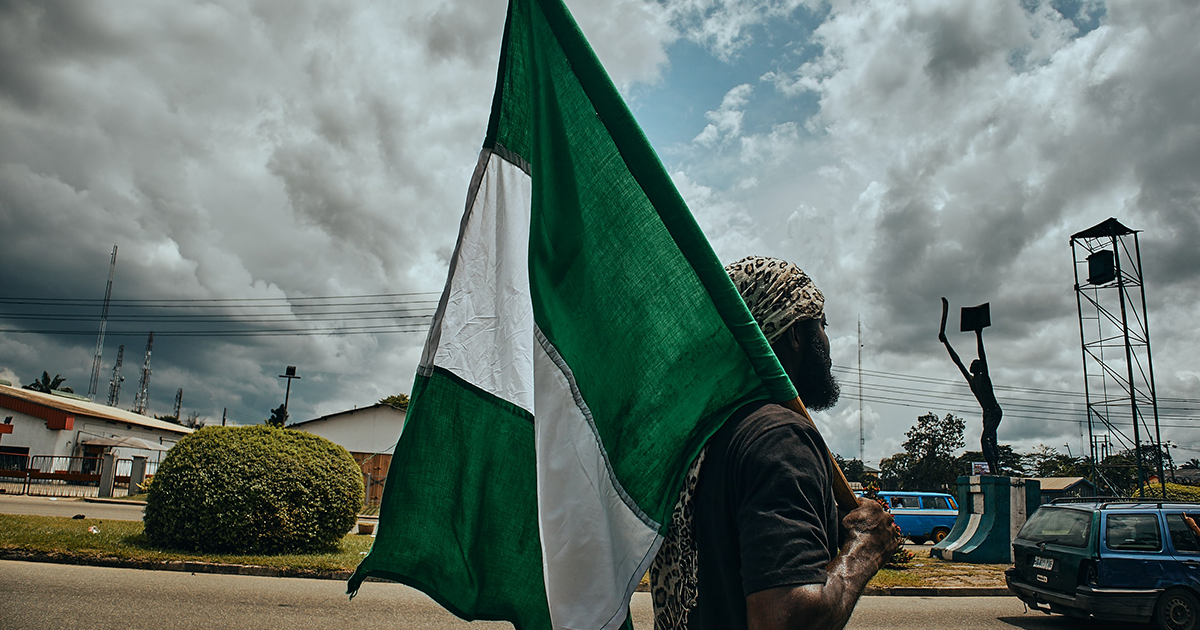 On Pentecost Sunday in Abuja, Nigeria, four gunmen stormed a Catholic Church during mass, massacring at least 50 worshippers in one of the most brutal rampages of the year. As word of the attack spread, so too did outrage that the violence in this African nation continues on.

While Christians have been routinely targeted by Nigeria’s Islamic extremists, this latest slaughter — in the country’s relatively peaceful southwest — is sounding new alarms. “It is a black Sunday in Owo,” Ondo’s governor, Arakunrin Akeredolu, said, condemning a “vile and satanic attack” against people “who have enjoyed relative peace over the years.”

Just a handful of days earlier, black-clad extremists wielding AK-47s reportedly opened fire as believers left an evening service in Nigeria’s Adu Village, leaving three — including a young girl — “seriously injured,” locals confirmed. Islamic extremists are “hunting and killing us on a daily basis,” often “intimidating us by displacing us through burning of our houses and properties, and destroying our farms,” one individual told International Christian Concern.

News of both shootings coincided with the publication of the 2021 Report on International Religious Freedom.

“I’m still upset about last year’s removal of Nigeria as a Country of Particular Concern,” said Sam Brownback, former ambassador-at-large for International Religious Freedom under President Donald Trump, before Sunday’s tragedy. “That was not called for. The situation continues to be terrible, and that’s shown forth, as well, in the report.”

The State Department records 1,112 conflict-related deaths in Nigeria in 2021, many of them clashes between religious groups. “In May, criminals shot and killed eight Christians and burned down a church and several homes in Kaduna State,” the report states. On September 26-27, “Muslim herders killed at least 49 persons and abducted 27, most of whom were Christian, in several attacks on communities in religiously mixed southern Kaduna State.” The report also cites “several cases” of “Muslim men kidnapping young Christian girls and forcing them into marriage and conversion to Islam.”

Many familiar with the situation expressed disbelief that the Biden administration had removed the 211-million-strong nation from its circle of concern. Family Research Council’s Lela Gilbert, senior fellow for International Religious Freedom, has been appalled at the lack of urgency from Nigeria’s president and other world leaders. After Sunday, her frustration boiled over. “It never ever stops,” she said. “Meanwhile, the latest U.S. State Department report on international religious freedom in Nigeria is a virtual mockery of the bloodshed there. The Biden administration is no friend of Nigeria’s brutalized Christian communities.”

Despite the situation in Nigeria, Brownback — a former U.S. senator, governor of Kansas, and presidential candidate — did praise the Biden administration for continuing to highlight global violations of religious freedom. He particularly singled out its “continued highlighting of the repression that’s taking place in China, because China is just such a lodestar of persecution.”

The number of Christians persecuted because of their faith by the Chinese Communist Party (CCP) increased by more than one-third in a single year. The report places the number at 68,456 — including 6,125 Christians who were “tortured or subjected to forced indoctrination” by the CCP and “[a]t least nine” who died from physical abuse while in detention.

Regardless of the words on paper, President Joe Biden seems less concerned about religious liberty than his predecessor, said Family Research Council President Tony Perkins. He noted former Secretary of State Mike Pompeo said the Trump administration saw religious freedom as the nation’s number one foreign policy issue. Perkins contended that the Biden administration, which kicked off Pride Month by defiantly unveiling the LGBT rainbow flag at its Embassy to the Vatican, has downplayed the importance of faith in human rights negotiations.

“You’ve got to talk about the faith issue,” said Brownback. “Tony, if we’re going to ever really deal with genocide and crimes against humanity in the world today, you’ve got to talk about religious freedom, because most of the time, genocides and crimes against humanity are done to a religious group of people — like the Uyghurs in China,” as well as Rohingya Muslims in Burma and Christians in Nigeria.

Mere talk divorced from meaningful consequences and sanctions against bad actors isn’t good enough. “What we really need to see now is follow up on these things” in “foreign capitals,” Brownback concluded.