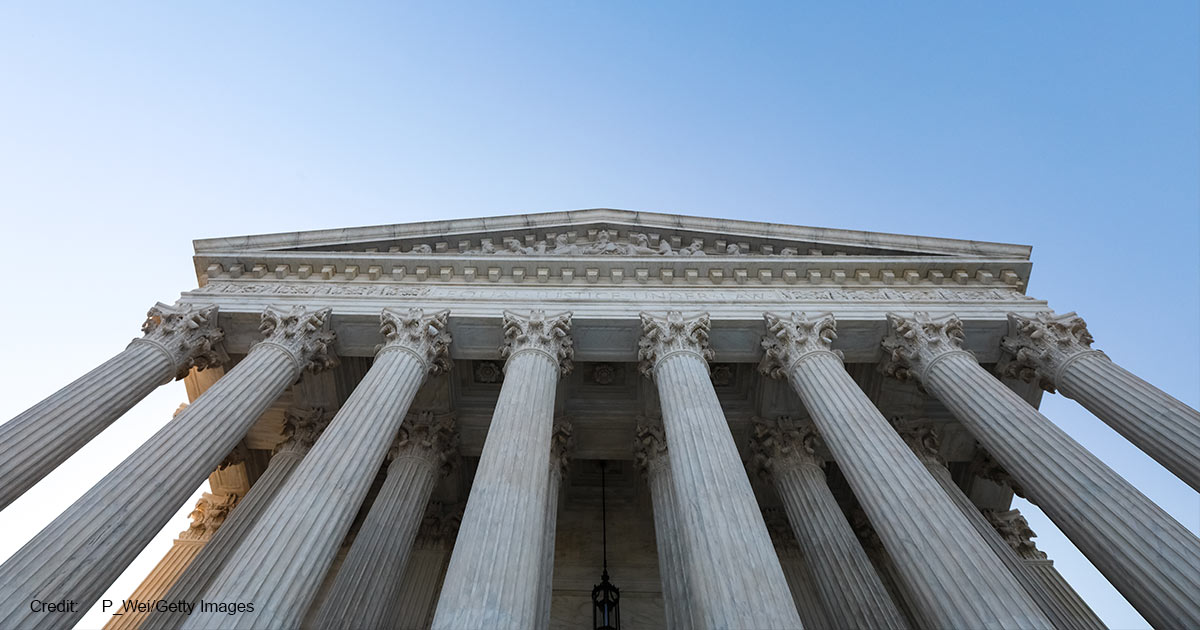 Not ‘On the Level’: Supreme Court Cannot Identify Leaker

House Republicans have discussed launching an independent investigation into who leaked the Supreme Court ruling that overturned Roe v. Wade after the court concluded its inquiry on Thursday without uncovering the leaker’s identity.

“The team has to date been unable to identify a person responsible by a preponderance of the evidence,” announced the Marshal of the U.S. Supreme Court, Gail A. Curley, who led the investigation. The 20-page report, released on Thursday, calls the leak “one of the worst breaches of trust in [Supreme Court] history” and cites seven federal laws that the leaker, or leakers, may have broken. It includes a statement from former secretary of the Department of Homeland Security, Michael Chertoff, saying the Marshal’s office carried out a “thorough investigation.” But her investigators could not explain whether the leaker intercepted the opinion by email, print, or mobile device; whether the leaker worked for the court; and could not “absolutely rule out” an outside hack (although it found “no evidence” to that effect).

Congressional Republicans expressed outrage at the leaker escaping legal consequences and raised the prospect of holding their own investigation.

“I’d like us to look into it a little more, because I’m not so sure this is all on the level,” Rep. Jeff Van Drew (R-N.J.) told Newsmax shortly after the release. “I think we should look into it more, and perhaps the House will.” Rep. Jim Jordan (R-Ohio) raised the possibility of the House Judiciary Committee, which he chairs, investigating the leak last month.

Others believe the Supreme Court has all the resources it needs to pinpoint the individual who leaked the draft opinion of Dobbs v. Jackson Women’s Health Organization to Politico last May. “There was a real consequence to that leak, so there needs to be a more robust effort” to find the guilty party, Rep. Chris Smith (R-N.J.), chairman of the Congressional Pro-life Caucus, told Newsmax. The Supreme Court’s investigators “need to redouble their efforts. … I think they just need to stay at it.”

Politico sparked national backlash when it published a draft of the ruling last May 2. The outcome led a would-be assassin to the door of Justice Brett Kavanaugh, triggered at least 101 attacks against pro-life churches and pregnancy resource centers, and may have hampered the justices’ ability to decide future cases candidly.

“The person who did this, whoever it was, put at risk the lives of hundreds of pregnancy care center volunteers, whose centers were attacked and fire bombed, to say nothing of the justices themselves,” noted Senator Josh Hawley (R-Mo.). “It means brazen attempts like this one to change the Court’s decisions — from within — will become more common,” he added. “Someone ought to resign for this.”

“The Supreme Court depends on trust to deliberate, and this leak is incredibly damaging to the Court’s ability to function normally,” said Senator Ted Cruz (R-Texas). “The leaker must be brought to justice!”

Despite enormous pressure, pro-life women’s centers did not curtail their services to mothers, and the justices handed down the 6-3 ruling without alteration on June 24.

“Roe was egregiously wrong from the start,” wrote Justice Samuel Alito. “It is time to heed the Constitution and return the issue of abortion to the people’s elected representatives.” An estimated 63.5 million unborn children lost their lives to legal abortion between the time justices asserted abortion-on-demand is a constitutional right in 1973 and the leak of the Dobbs decision in mid-2022.

The investigation into the leaker’s identity began on May 5, led by the Marshal’s office, reportedly with the help of outside investigators. The team conducted 126 interviews of 97 employees and clerks, at least 80 of whom had access to the draft once it began circulating last February 10. Their report lists seven possible reforms, with more security measures in a separate addendum not released to the public.

The Marshal promises to resume the stalled investigation in the event of “new evidence or leads.”

Conservatives believe the leaker intended to stir up enough public outrage to pressure one of the six pro-life justices into changing his or her vote, and the report notes that investigators focused on those who expressed “anger at the Court’s decision.” Many on the Left continue to allege a pro-life justice leaked the decision. But both Left and Right agree the investigation seems inept and incomplete.

“There’s no sign the court wanted to solve this. They assigned it to the ‘Marshal of the Court,’” noted former FBI assistant director-turned-MSNBC analyst Frank Figliuzzi. “No FBI; no criminal process; no ex-clerks interviewed.” Democrat Kaivan Shroff claimed, “The Court is using legalese to try to confuse the public. It makes it sound like they have a strong idea of who the leaker was and they are covering it up.” Meanwhile, right-leaning legal analyst Liz Wheeler felt, “The Supreme Court should release all the information about the leaker onto Twitter and we’d solve it in five minutes.”

“For some reason this individual has certainly been sheltered, and there is absolutely evidence that there are specific people who know who this person is,” said a perturbed Rep. Scott Fitzgerald (R-Wis.) last December at a House Judiciary Committee hearing.

The Founding Fathers intended for Supreme Court justices to interpret whether bills comported with the original intent of the Constitution, free from popular opinion. “The complete independence of the courts of justice is peculiarly essential in a limited Constitution,” wrote Alexander Hamilton in Federalist Paper No. 78.

Conservatives worry failing to punish someone for the leak will only embolden future attempts to lobby, threaten, or cajole the High Court, which analysts have called the most constitutional court in 87 years. “Someone felt that they had license to leak. Some others may now feel that they have the impunity to do so,” stated Jonathan Turley, a law professor at George Washington University.

“In this age of rage, this danger will only grow.”