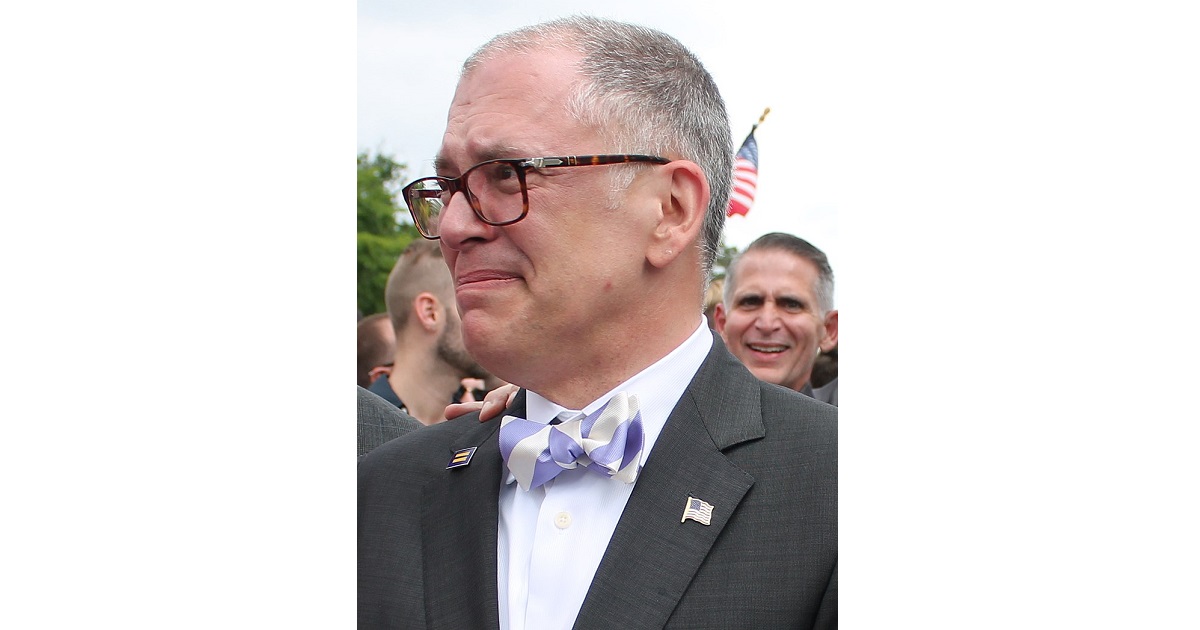 The man behind the Supreme Court case that redefined marriage nationwide lost his bid to enter the lowest rung of state politics by a landslide on Tuesday.

Jim Obergefell, the plaintiff in the landmark Obergefell v. Hodges case, ran as a Democrat for the Ohio House of Representatives, losing by 23 percentage points in a district that is 57% Republican. Republican State Rep. D.J. Swearingen (R-Huron) vastly outperformed that metric while burying Obergefell in a 61% to 38% electoral blowout.

“The results were not what we were hoping for,” said Obergefell, who raised and spent nearly twice as much money as Swearingen. Obergefell ran unopposed in his party and ranked among the top fundraisers in any Ohio House race — cashing a $500 check from “Star Trek” actor George Takei. “Obergefell listed 1,418 separate contributions, the vast majority from outside” the district, reported the (Findlay, Ohio) Courier.

The two candidates could hardly have differed more on issues impacting life and the family.

Obergefell — who was endorsed by the Human Rights Campaign (an LGBT pressure group), Pro-Choice America, and a coalition of teachers unions — vowed to spend his political capital expanding ballot drop box sites, “fighting efforts to ban books in schools and public libraries,” and “defending teachers as the experts in instruction by stopping efforts to interfere in what they can say or teach in their classrooms.” He campaigned on amending the state constitution to support abortion-on-demand and same-sex marriage and placing “gender identity” in civil rights legislation on equal par with race, sex, and religion.

Obergefell vocally opposed religious objections to Christians who did not wish to participate in same-sex ceremonies. “We haven’t enjoyed marriage equality because of people like Kim Davis and bakers and photographers,” Obergefell groused to local media.

In September, Swearingen introduced a Parents’ Bill of Rights, which would require schools to notify parents before subjecting their children to any sexually explicit material. He co-sponsored a bill that would effectively end all abortions in Ohio one week before the election. Swearingen’s two-term legislative record won the support of Ohio Right to Life and other conservative groups.

Obergefell’s name will be memorialized for his victory in the Supreme Court’s controversial 5-4 decision which first discovered the right to same-sex “marriage” in the Constitution seven years ago.

In July 2013, Obergefell flew to Maryland and engaged in a ceremony with John Arthur, who was dying of Lou Gehrig’s Disease. He then sued when the state of Ohio — which overwhelmingly passed a state constitutional marriage amendment in 2004 — refused to recognize the “marriage” on official legal documents. The Obergefell case struck down all measures protecting the historical, and scriptural, definition of marriage nationwide. Yet he also said after the Dobbs decision that “the extreme U.S. Supreme Court should not be overturning decades of established law.”

“I took a history making fight for equal rights all the way to the U.S. Supreme Court — and won,” boasted Obergefell in a video posted to Twitter at the outset of his campaign. “I will bring that same fighting spirit as your state representative.”

It is unclear how much legally overturning the state’s popular marriage amendment harmed Obergefell’s candidacy.

After his court win, Obergefell threw himself into politics, introducing Obama during a fundraiser with LGBT donors in 2015 before moving to Washington, D.C., permanently in 2016. “He decided to spend some time in the nation’s capital while he figured out his next moves,” reported People magazine. “In 2019, after three years in Washington, Obergefell returned to Ohio,” where he began plotting his run for office.

Although Obergefell spent much of his adult life in Cincinnati, he chose to move 231 miles northeast, to his family’s hometown of Sandusky.

During his unsuccessful campaign, his rhetoric bordered on the self-congratulatory. “I’ve been part of the national civil rights case that made life better for millions of Americans,” Obergefell declared. “I championed the American ideals of equal justice under law, life, liberty and the pursuit of happiness and we the people.”

“Simply put, I advocate for what’s right and just,” he stated.

At one point, he seemingly compared his advocacy of the LGBTQIA+ agenda to the missionary work of the Apostle Paul. “We have fought the good fight for too long to be denied our rights now,” said Obergefell in June.

The legacy media’s coverage of Obergefell’s loss has not matched its enthusiasm over his entry into the race. When Obergefell announced his candidacy in January, he received laudatory media coverage from CBS, NBC, ABC, and CNN.

A Google search reveals none of those outlets had covered Obergefell’s double-digit loss as of this writing.

Despite his repudiation, Obergefell hinted he does not believe his political career is over. “I will continue to fight for the issues that matter the most to our district,” he told supporters on Tuesday.

The lame duck session of Congress appears poised to take up the “Respect for Marriage” Act, which would legally redefine marriage nationwide. Outgoing Ohio Senator Rob Portman supports the bill.