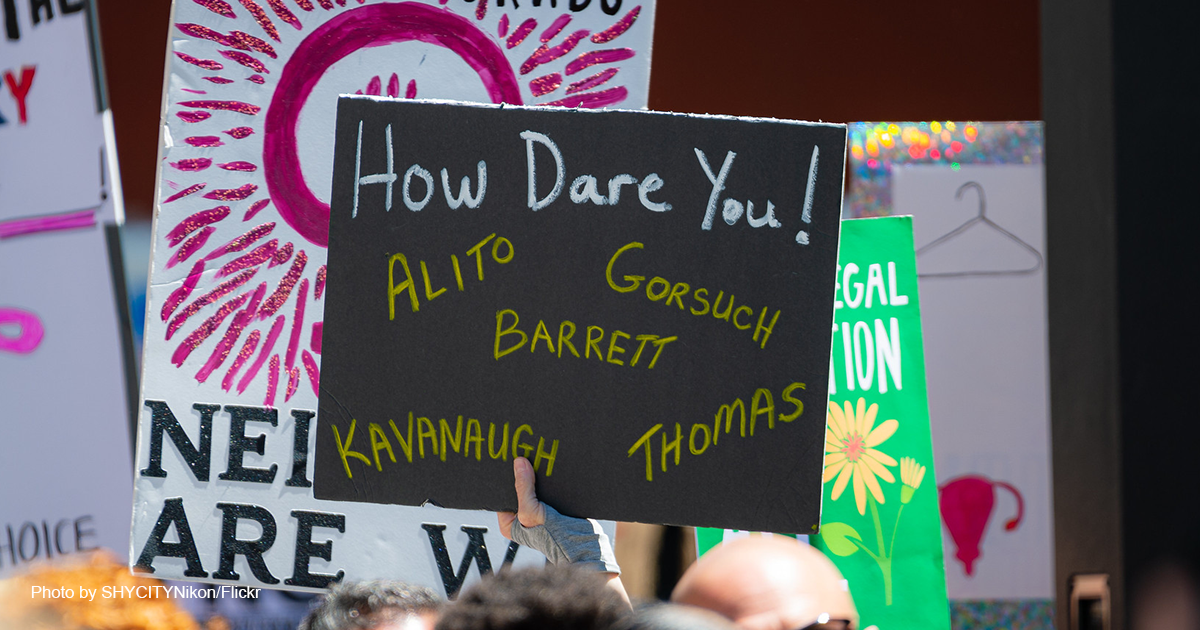 Pelosi After Kavanaugh Assassination Attempt: ‘No One is in Danger’

One day after a thwarted assassination attempt against Supreme Court Justice Brett Kavanaugh, Speaker of the House Nancy Pelosi (D-Calif.) insisted, “No one is in danger over the weekend because of our not having a bill” that would improve police security for justices’ family members.

“The justices are protected,” she claimed on Thursday.

Pelosi said the House of Representatives will not vote on an amended version of the Supreme Court Police Parity Act, which passed the Senate unanimously on May 9, until next week. The 139-word-long bill would extend police protection to “any member of the immediate family” of any justice, as well as “any officer of the Supreme Court if the Marshal determines such protection is necessary.”

“Slow-walking this bill through the U.S. House of Representatives, considering the fact that we passed it more than a month ago in the United States Senate, is ridiculous,” Senator Chuck Grassley (R-Iowa), the ranking member of the Senate Judiciary Committee, told “Washington Watch” host Tony Perkins on Thursday. “That bill could have been on the president’s desk this very day. There’s just no excuse for it,” Grassley said. “Everybody ought to be outraged.”

A 26-year-old man got Justice Brett Kavanaugh’s home address off the internet and showed up outside his home with a gun, a knife, pepper spray, and zip ties before being taken into custody. Police say he was motivated to kill Kavanaugh over the abortion ruling. The abortion activist group Ruth Sent Us, which published a map pinpointing the street where Kavanaugh’s home is located, insisted the gunman’s visit “just wasn’t a serious assassination attempt.”

The Kavanaugh assassination attempt “proves these threats to the justices’ lives are horrifyingly real, and it’s unconscionable for House Democrats to leave their families without police protection for even one more day,” said Cornyn on Wednesday. “Speaker Pelosi must keep the House in session until they pass my bill. Every day they don’t the threat to the justices grows, the potential for tragedy becomes more likely, and House Democrats achieve a new apex of political dysfunction.” Senator Roger Marshall (R-Kan.) agreed, “It is a dereliction of duty that [Pelosi has] waited this long. Justice cannot be served under the threat of mob violence.”

“What we are witnessing is the most significant threat in our history to the sanctity of the Supreme Court and the safety of its justices,” argued Rep. Darrell Issa (R-Calif.) when he introduced the bill in the House last month. “By acting now, we send an unmistakable message to the mob: Your campaign of harassment and intimidation will not stand.”

Democrats in the legislative and executive branch have also proven intransigent about protecting justices from mob violence, Republicans charge. Federal law (18 U.S.C. § 1507) makes it illegal for protesters to hold “pickets or parades in or near” any “residence” or building “with the intent of influencing any judge.” On May 11, Grassley asked Attorney General Merrick Garland to enforce that law. Republicans Glenn Youngkin of Virginia and Larry Hogan of Maryland, governors of the states where the justices’ homes are located, made a similar request of the Justice Department on the same day, telling Garland, “There is simply too much at stake” to leave the justices defenseless.

Twenty-two days and one assassination attempt later, the legislation remains blocked, as House Majority Leader Steny Hoyer (D-Md.) said, “I want to see the i’s dotted and the t’s crossed” before the bill comes to the floor.

Cornyn said last month that House Democrats had “hung up” the bill in hopes of giving Supreme Court clerks police protection. “There’s some 40 law clerks on the Court. Nobody knows who they are. They’re not protesting at their house,” said Cornyn.

Justice Samuel Alito’s draft opinion in the Dobbs case is believed to have been leaked to the media by a liberal Supreme Court clerk. The leak has motivated Democrats previously lethargic about voting in this year’s midterm elections at the national and state levels. Extending police protection to clerks implies that House Democrats may want to protect someone whose actions have benefited their campaigns.

“It is hard to avoid concluding that perhaps some Democrats may want this dangerous climate hanging over the justices’ heads as they finish the term,” said Senate Minority Leader Mitch McConnell (R-Ky.).

Grassley also faulted President Joe Biden for saying that overturning Roe v. Wade would lead to “a mini-revolution” during his poorly received appearance with late night host Jimmy Kimmel on Wednesday. “The president has a bully pulpit, and he ought to be trying to bring some civility to a nation that has too much incivility,” insisted Grassley.

Biden’s rhetoric turns up “the temperature of the country. He should be calming it. That’s what they criticized Trump for,” agreed Perkins. He noted that real revolution over the last 50 years is that “40% of all pro-life legislation that has passed since Roe v. Wade … has happened in the last 10 years.”